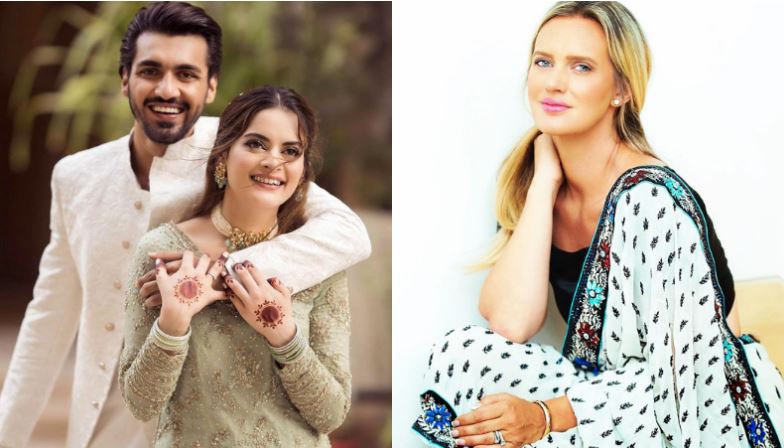 Shaniera Akram recently took to Instagram to educate actors Minal Khan and Ahsan Mohsin Ikram of something we should all keep in mind during this monsoon season. The fact that we are enjoying the weather whilst driving does not prevent us from adhering to road safety regulations.

Mohsin recently uploaded an Instagram storey of Minal singing in the passenger side of a speeding vehicle while enjoying the rain. Ikram appears to have been filming Khan and driving the automobile at the same time. Khan had not fastened his seatbelt. 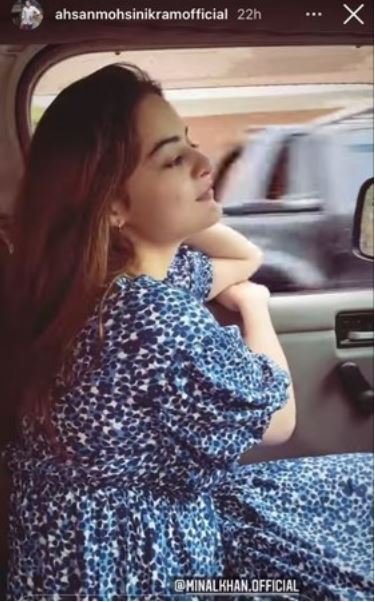 The Instagram storey was extensively posted on social media till it made its way to Akram’s page.

“Come on, you’re famous and have millions of followers; is it really that difficult to be a little more responsible?” While resharing the story, Shaniera Akram made a comment. 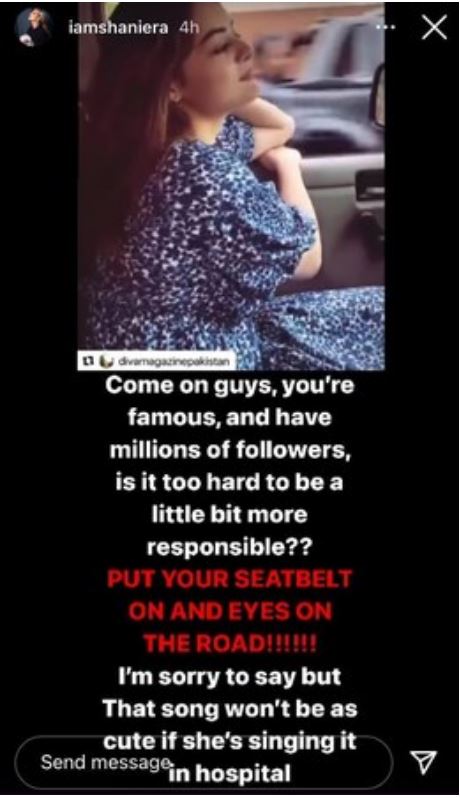 Akram has frequently utilised her position to promote public awareness about a variety of social problems. She and her partner, Wasim Akram, both addressed the appalling levels of garbage and waste discovered on a Karachi beach in 2020.

Minal and her fiancé have almost seven million followers on social media together. We can appreciate Akram’s anxiety about providing a better standard when she has such a large social media presence. After all, with a large fanbase comes a large amount of responsibility.