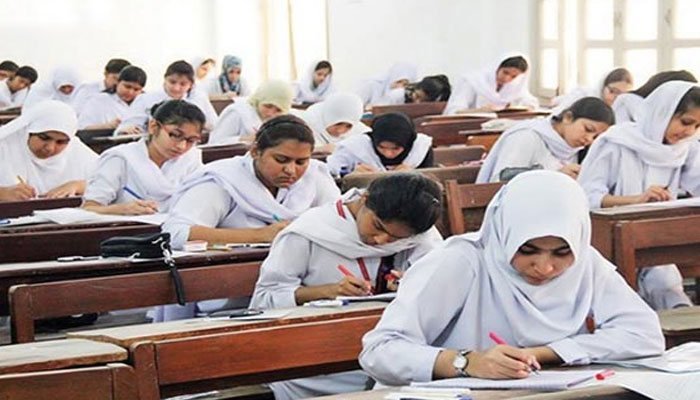 The students were sitting for their Secondary School Certificate (SSC) Annual Exams 2021.

On the first day of the SSC Part-I exams, the mathematics question paper was purportedly released on social media and rapidly distributed on WhatsApp groups, causing controversy.

According to the information provided, Science group students were taking their mathematics exam in the morning shift. However, the question paper was widely distributed on social media shortly after the exam began. Board officials, on the other hand, reject all such reports.

In the second shift, regular and private students from the general group took civics, physiology and hygiene, history, food and nutrition, and computer studies exams. However, there were no complaints of leaked questions.

According to a press statement issued by the board, all of the papers began and concluded on schedule. Prof Syed Sharaf Ali Shah, Chairman of the BSEK, visited several test centers and found everything to be in order. He emphasized the abolition of the exam cheating culture.

He also examined the exam centres’ Surveillance cameras monitoring room and praised the measures made there. He directed the superintendents, students, and staff to follow the COVID-19 standard operating procedures, particularly the use of masks.

The BSEK stated that during surprise visits to several test centres, vigilance teams discovered 23 students utilising unfair techniques to solve their exams. Board authorities have filed charges against them. Their outcomes will be withheld until the BSEK rules on their cases.