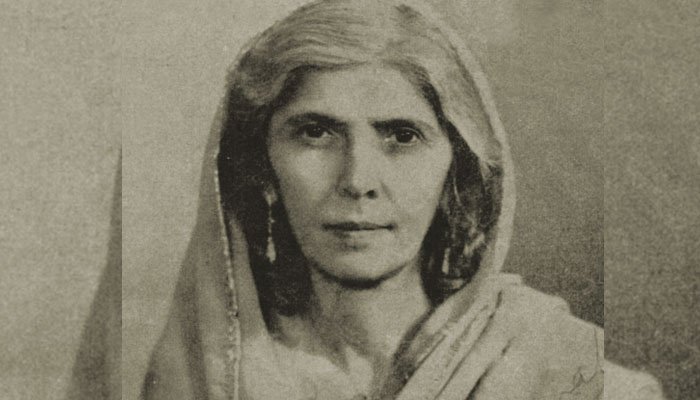 54th death anniversary of Madar-e-Millat Mohtarma Fatima Jinnah. Today, the younger sister of Quaid-e-Azam is being remembered with tremendous regard and affection throughout the country.

Fatima Jinnah died on July 9, 1967, in Karachi, shortly after leading an electoral campaign in both the country’s eastern and western wings.

Jinnah was born on July 30, 1893, and she had seven siblings. Mohammad Ali Jinnah was the family’s eldest son.

In 1902, Fatima Jinnah joined the Bandara convert in Bombay, where she slept in dormitories when her parents died.

She was admitted to the extremely competitive University of Calcutta in 1919, where she attended the Dr R.Ahmad dentistry collage.

After graduating, she pursued her dream of starting a dental practise in Bombay in 1923.

Fatima Jinnah was a graceful lady, dignified, the epitome of eastern simplicity, confident, with a countenance of deep knowledge of persons and affairs.

She learnt to stand on her own two feet as a dentist during a time when Muslim women were all dressed in Pardah. Miss Jinnah also acquired sympathy for others and attempted to solve their issues.

For her active involvement in the Pakistan liberation movement, Fatima Jinnah is known as the Madar-e-Millat, or Mother of the Nation.

She was discovered dead in the early hours of July 11, 1967. Doctors determined that the cause was heart failure caused by elderly age.

This report was widely disseminated in the media. Matlub-ul- Hassan Syed, Quaid’s long-time personal secretary, said that she was at Mir Laik Ali Khan’s supper when she complained of low blood pressure, which led to her death the next morning.

Mir Laik Ali Khan, on the other hand, claims that she departed his residence in high spirits.