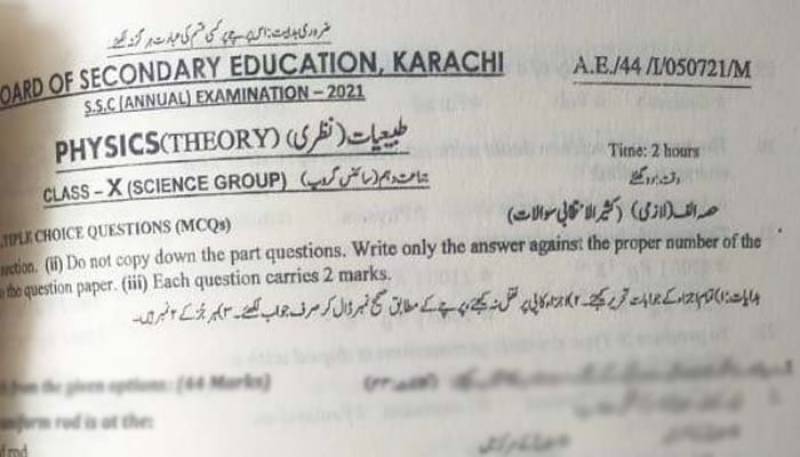 According to local media reports, the first paper of the matriculation examinations in Sindh’s capital was leaked and was offered for Rs200.

According to sources, the examination began at 9 a.m., and the physics paper was quickly leaked on social media at 9:34 a.m., despite the fact that, according to the norms and regulations of the board examinations, no student may leave any examination site before one hour.

Meanwhile, incidents of unfair tactics in board examinations in Sindh province are common, since many SSC and HSSC papers have already been leaked on social media.