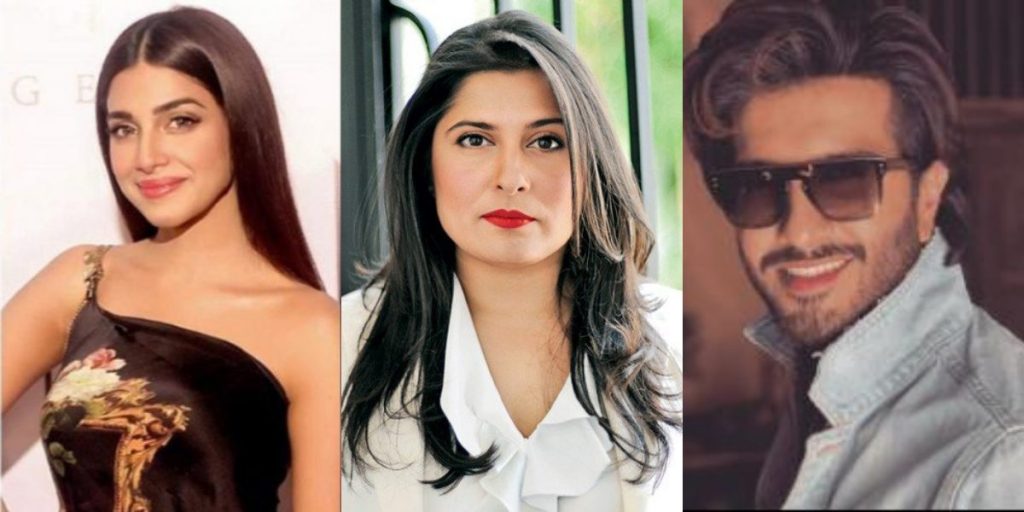 After Sharmeen Obaid slammed Sonya Hussyn for a remark she made about Mahira Khan’s decision to sign Raees alongside Shah Rukh Khan, Feroze Khan has thrown his support behind her.

I once saw this YouTube link where the woman she produced a documentary about, who won an Oscar for that documentary, was complaining that she was never compensated, Feroze stated in an Instagram storey. 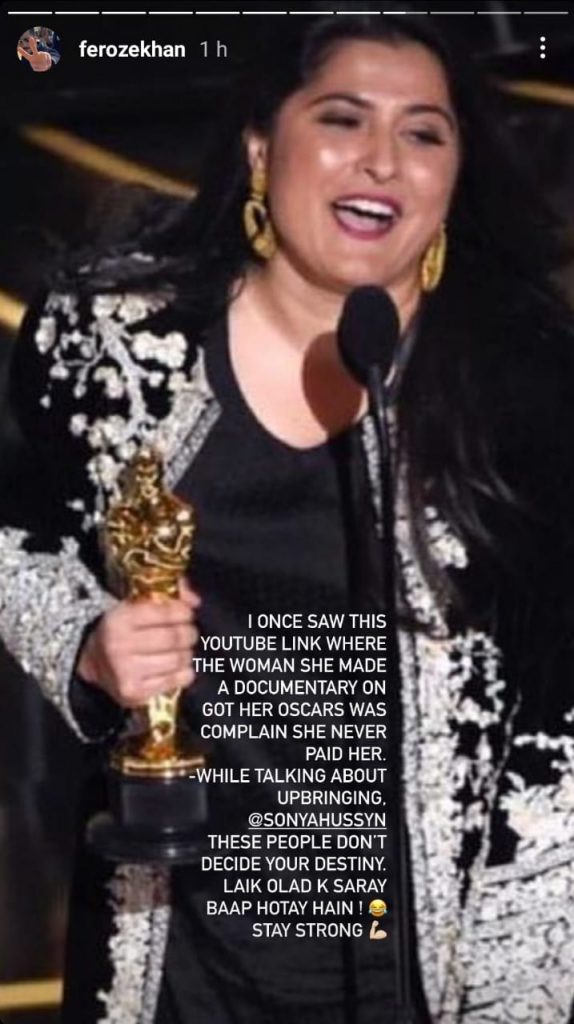 “Don’t believe you’ll ever be Mahira Khan so you won’t ever get to say no,” Sharmeen said in a comment on a digital media news publication’s piece. “Don’t disparage other women in the profession; it reflects poorly on you and your upbringing,” she said.

In 2018, Sonya Hussyn appeared on Yasir Hussain’s After Moon Show. During the show’s rapid-fire section, Yasir asked Sonya which of her films she would not have done if she were Mahira Khan. Verna, Raees, and Ho Mann Jahan were the three alternatives given by the Karachi Se Lahore actor. To this the Saraab actress said that she would not have done Raees since she has no desire to portray Shah Rukh Khan’s sidekick.