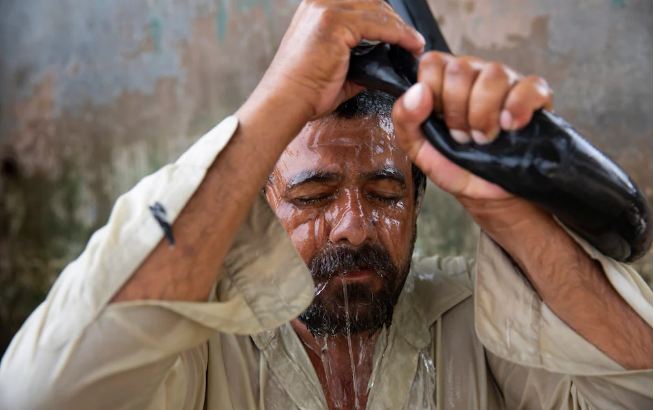 Jacobabad, a city in Sindh province with 200,000 residents, has long been renowned for its extreme heat, but a new study has given it an unwanted scientific distinction.

The city’s combination of heat and humidity has made it one of the hottest locations on the planet. There is a temperature there that is beyond the human body’s tolerance.

The temperature in the city soars to 52 degrees Celsius, forcing inhabitants to stay indoors. Few people have air conditioners in their houses, and the city’s load shedding exacerbates the problem. The hospital is flooded with heatstroke cases from people whose jobs require them to go outside.

“When it gets so hot, you can’t even stay on your feet,” a local, Zamir Alam, told the telegraph.

“When the temperature rises over 50°C, it’s a really tough moment. People are not leaving their homes, and the streets are deserted,” said Abdul Baqi, a merchant.

Last year, Mr. Matthews, a climate science lecturer at Loughborough University, and his colleagues analysed worldwide weather station data and discovered that Jacobabad and Ras al Khaimah, both in the United Arab Emirates northeast of Dubai, had both momentarily surpassed the fatal threshold. The mark had been reached decades ahead of climate change models’ forecasts.

According to researchers, at a wet-bulb (thermometer wrapped in a water-soaked towel) temperature of 35 degrees Celsius, the body can no longer cool itself by sweating, and such a temperature may kill even the fittest people in a matter of hours.

In areas of India, Pakistan, and Bangladesh, problems with agriculture, irrigation, illness, and labour are expected to wreak havoc on people’s quality of life by 2050 as temperatures increase and rainfall patterns alter.