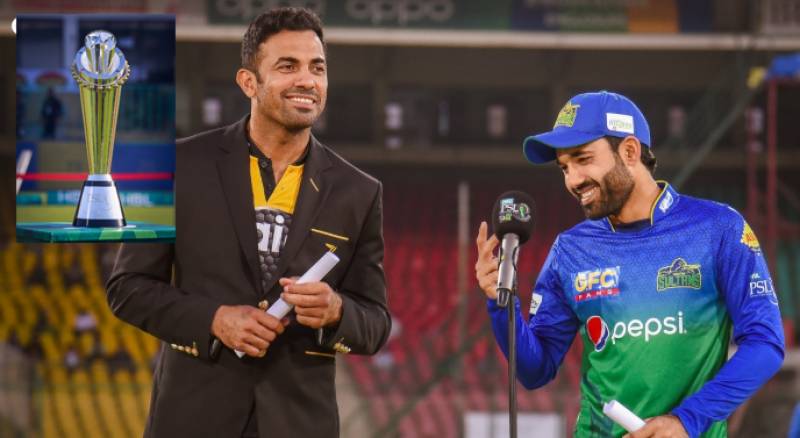 The sixth edition of the country’s greatest T20 competition will award a winner after 33 matches as Sultans take on Zalmis with the first ball being thrown at 9:00 p.m.

The Wahab Riaz-led Zalmis will be appearing in their fourth final, while Multan will be making their debut after overcoming Islamabad United by 31 runs in the first PSL qualifier. Multan’s dubious status of being the only PSL team without final participation had been put to rest with the victory in the first qualifier.

Both leaders have their sights set on the gleaming PSL 6 trophy ahead of the grand final encounter. ‘Since the start of the Pakistan Super League, Peshawar has played like a family,’ remarked Zalmi skipper at a virtual news conference on Wednesday. We believe in the motto “Teamwork Makes the Dream Work” (Together Each Achieve More). One of the reasons for our success is because of this slogan. All of our players, as well as team managers Mohammad Akram and Daren Sammy, have a significant role to play in our success. We play aggressive cricket and believe in taking the game to the opponent; we’ll approach the final in the same manner.’

He went on to say that he was cautious of the “dangerous” Multan ahead of the PSL final since it will be a nerve-wracking fight between the two clubs. This will be our fourth championship game. The pressure of the final is well known.

Multan Sultans are an amazing squad that has made a remarkable comeback, and they are definitely a dangerous team, but the pressure of the final will be different. The final will be decided by who loves the game the most,’ he continued.

The Sultans, captained by Mohammad Rizwan, were in fifth place with only one win in five games when the tournament was called off on March 4 in Karachi. The Abu Dhabi leg, on the other hand, has seen them turn their fortunes around, with five victories in six games, including a qualifying triumph over Islamabad United.

During a news conference on Wednesday, Mohammad Rizwan stated that the Sultans are completely prepared and would go all effort to win the title. We will give it our all and pray to God Almighty for the desired outcome, he stated in a press conference.