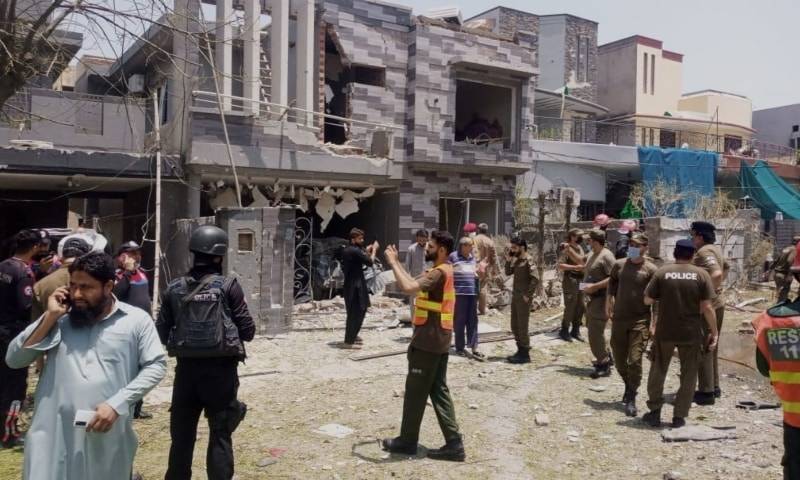 Law enforcement authorities (LEAs) claimed to have apprehended a terror suspect in connection with the Johar Town Lahore bombing at Allama Iqbal International Airport in the provincial capital on Thursday.

According to reports citing insiders, the man was ready to board a flight to Karachi when security authorities took him to an undisclosed location for additional questioning.

Meanwhile, Federal Interior Minister Sheikh Rasheed announced earlier today that the Punjab Police was close to apprehending the main suspect in the Lahore bombing. In the Johar Town tragedy, the Punjab Police had had exceptional success.’ ‘We are close to them [perpetrators], and Punjab Police will soon inform the country that they have been apprehended,’ he added.

On the other hand, after filing a report, the Counter-Terrorism Department (CTD) formally started an inquiry into the incident, while police detained the owner of the automobile involved in the blast late Wednesday night in Hafizabad.

A large presence of the police is still stationed around the surrounding boundaries, refusing to let any outsiders in while locals are only let in after being thoroughly frisked.

A bomb blast shook a number of residences in the area of Punjab capital, killing at least four people, including a man and his kid, and injuring more than two dozen others, including a policeman.

A huge number of police officers and Rescue 1122 teams raced to the scene at Johar Town’s Board of Revenue Society.

Punjab IGP Inam Ghani has received the preliminary findings of an investigation, which would be handed to Punjab CM Usman Buzdar shortly. The substance was put on a car and the device was detonated remotely, according to the first investigation.