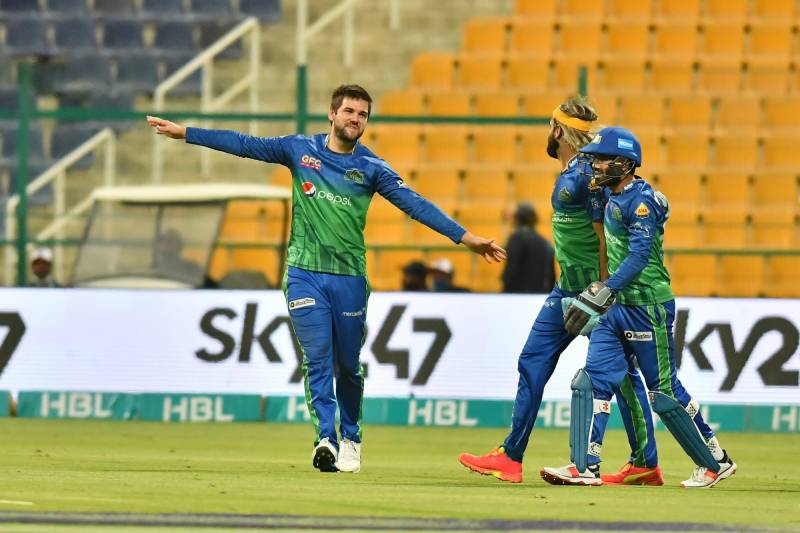 Multan Sultans defeated Islamabad United by 31 runs to go to the finals of the Pakistan Super League’s sixth edition (PSL).

The Sultans had previously won the toss and elected to bat first. At the Sheikh Zayed Cricket Stadium in Dubai, they set a goal of 181 runs for the United. Following their defeat, the Shadab Khan-led team will face either Karachi Kings or Peshawar Zalmi in Eliminator 2.

In Eliminator 2, the winner of Eliminator 1, which will take place later in the day, will play United.

For the Sultans, Sohail Tanvir made an early breakthrough. In the second over, he dismissed Colin Munro for 0 runs.

Muhammad Akhlaq (10) was removed by Imran Khan Sr’s hard hit at the nonstriker’s end as he battled to get across the pitch.

Tanvir took advantage of the pressure the team had applied to the United in the fifth delivery of the same over when he took the wicket of skipper Shadab Khan (0), who was caught at cover by Shan Masood.

After chipping the ball to Sultans wicketkeeper and captain Mohammad Rizwan in the ninth over, Blessings Muzarabani sent Iftikhar Ahmed (16) back to the pavilion, ending a crucial 40-run partnership between Ahmed and Usman Khawaja.

Mohammad Rizwan stumped Asif Ali (1) in the 10th over as he attempted to flick a slow delivery from Imran Tahir.

After Hussain Talat threw him the strike in Blessings Muzarabani’s 14th over, Khawaja smashed 18 runs to get his team back in the game.

In the 15th over, Tanvir – the veteran bowler that Sultans call in when they are in hot trouble – dashed United’s dreams by dismissing Khawaja for 70.

In the 16th over, veteran spinner Tahir removed Hasan Ali (10) with a superb catch by Rilee Rossouw at long-off, while Mohammad Wasim (13) was lbw in the 18th over.

Muzarabani took his team to the competition finals after dismissing all-rounders Faheem Ashraf (0) and Hussain Talat (25) in the 19th over.

We have done it !

Thanks to all your love, support and prayers! 🙏❤️🙌🏽#Sultans win it by 31 runs and reach the Final #IUvMS #SultanAaGayya #Sultans pic.twitter.com/JbeVnUmLUn