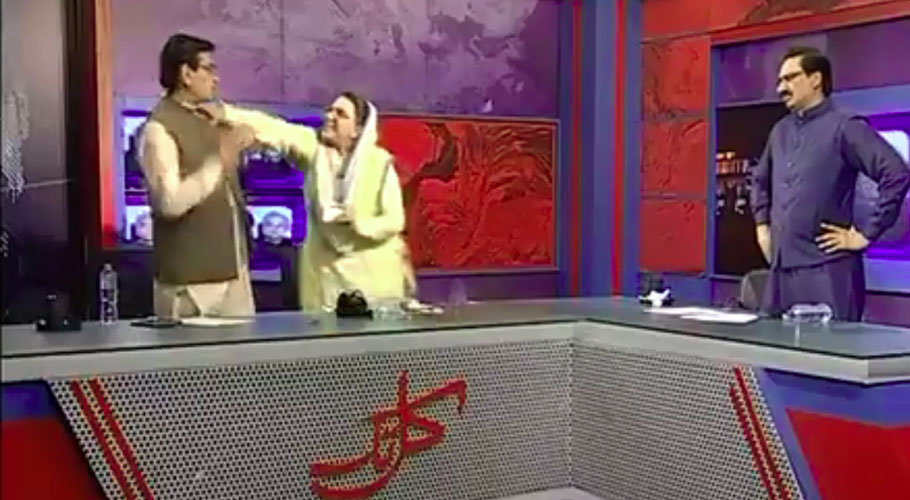 According to the lawsuit, Awan used profane language, tormented him, and threatened him on a televised broadcast. He stated he had to leave the programme in order to keep his life safe. The politician has requested that a complaint be filed against Dr Awan at the Saeedabad police station for harassment and threats.

Officials with the police department stated that this is the second complaint application they have received. They went on to say that the application had been submitted to higher authorities for legal advice on whether the lawsuit could be brought in Karachi or Islamabad because the event happened there.

Dr Firdous Ashiq Awan had previously sent a legal notice on PPP MNA Qadir Mandokhel for making “baseless charges” against her on television.

Mandokhel, she claimed, used derogatory words about her deceased father and falsely accused her of wrongdoing. Despite demanding Rs1 billion in defamation compensation, the notice granted the PPP leader fourteen days to not only withdraw charges but also apologise.

Firdous Ashiq Awan rises from her seat and grabs Mandokhel’s collar before slapping him across the face, according to footage of the TV show by host Javed Chaudhry.

Awan was overheard admitting that he had no idea how to act among women. The presenter attempted to stop them both, and Awan was held by a female staff member when she attempted to toss a cellphone at Mandokhel.

Firdous Ashiq Awan claimed in a statement that just one side of the photo was presented during the presentation. Mandokhel, she claimed, insulted her father, and such comments had no place in politics.

She requested that he be prosecuted and that the whole footage of the incident is made public by the TV station.