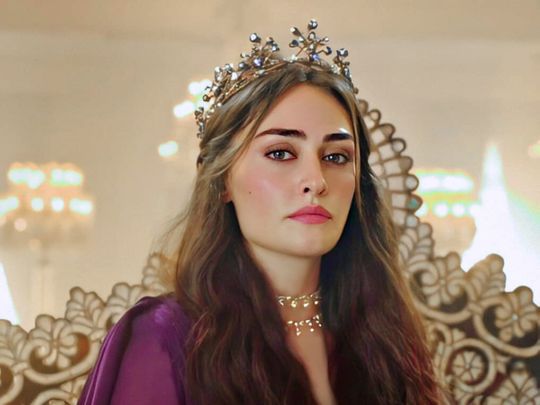 Since the premiere of the extremely successful Turkish television series Dirilis: Ertugrul, Esra Bilgic has garnered a lot of respect and affection in Pakistan.

It’s no wonder that Pakistan has fallen head over heels with Bilgic alias Halime Sultan. On-screen and off, the 28-year-old is stunning, with an intriguing Instagram feed that keeps admirers fascinated.

Esra Bilgic has once again dazzled her admirers by appearing on the cover of a prominent Turkish magazine in bold attire.

Turkish magazine BeStyle shared the cover of their current edition on Instagram, showcasing the Turkish beauty in exposing clothing.

From 2014 to 2018, Esra Bilgiç reached the height of stardom as Halime Hatun in the Turkish historical television series Diriliş: Ertugrul.

The drama was shown in Urdu dubbing on state-run television (PTV). She was the major actor in the criminal drama series Ramo as of 2021.

She has secured partnerships with a variety of Pakistani businesses, including Peshawar Zalmi, Jazz, and QMobile. Her participation in Khaadi’s campaign has already astounded her admirers.