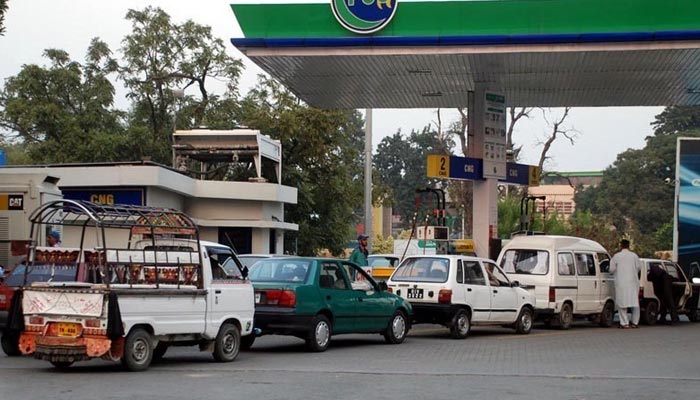 According to a trade organisation, compressed natural gas (CNG) will soon become more costly, with the price anticipated to rise to Rs9/kg after extra taxes on liquefied natural gas (LNG) was suggested in the budget for the fiscal year 2021-22.

According to The News, the introduction of new and additional LNG taxes will raise the price of CNG from Rs6 to Rs9, according to the All Pakistan CNG Association (APCNGA).

The administration is considering raising the general sales tax on RLNG. According to the APCNGA, this would result in the closure of hundreds of CNG stations and the layoff of hundreds of thousands of workers.

The magazine quoted Ghiyas Paracha, a central leader of the APCNGA, as stating, “Imposing a gas development surcharge and increasing other taxes will damage the gas business, hinder investment worth hundreds of billions in the CNG sector, and send a negative message.”

The government expects to collect Rs36 billion from the gas development surcharge in the coming fiscal year, up from Rs27 billion in the previous fiscal year’s revised projections, whereas the planned objective for FY21 was Rs10 billion.

The government is providing affordable energy to various industries with a focus on increasing exports, but a reduction in the import cost is also required to close the trade deficit, according to Paracha, who added that Compressed Natural Gas promotion is important for this.

He stated that although other industries received a reprieve in the last budget, the CNG industry was punished brutally.

“A lower petroleum levy encourages the use of gasoline and diesel, whereas CNG pays for the policy, and a further increase in CNG prices would be disastrous,” he added.

Compressed Natural Gas pays the highest direct taxes and pays full price for LNG, and its shutdown might have a significant impact on LNG projects worth billions of dollars, as CNG is the only sector that buys LNG without any subsidies or discounts.