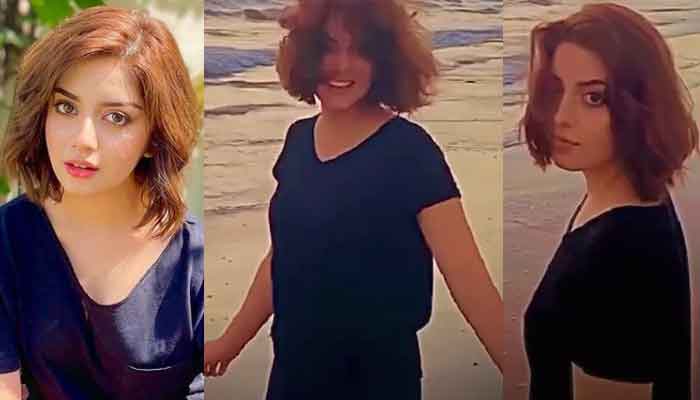 Alizeh, who has been active on social media, wowed admirers with a hot beach video that showed her in a good mood.

In the video, the attractive actress mesmerized viewers with her vibes, wearing an out-of-this-world blue top and matching slacks.

The 20-year-old actress, who has won hearts with her unrivalled acting abilities, posted the video to her Instagram page, where it received thousands of likes in a matter of hours.

With her photos and videos, the multifaceted actress Alizeh Shah keeps her fans on their toes. She used Billie Eilish’s song as the background music in her most recent post.

Eilish’s new music video, ‘Lost Cause,’ has already received over 45 million views on YouTube since its debut on June 2nd. However, individuals on Twitter have accused the singer of ‘queerbaiting’ in the video, and she has received blowback as a result.

Meanwhile, Alizeh’s beach video drew acclaim from her fans and followers, who said she looked ‘assured’ and’ stunning as ever’ in the comments section.