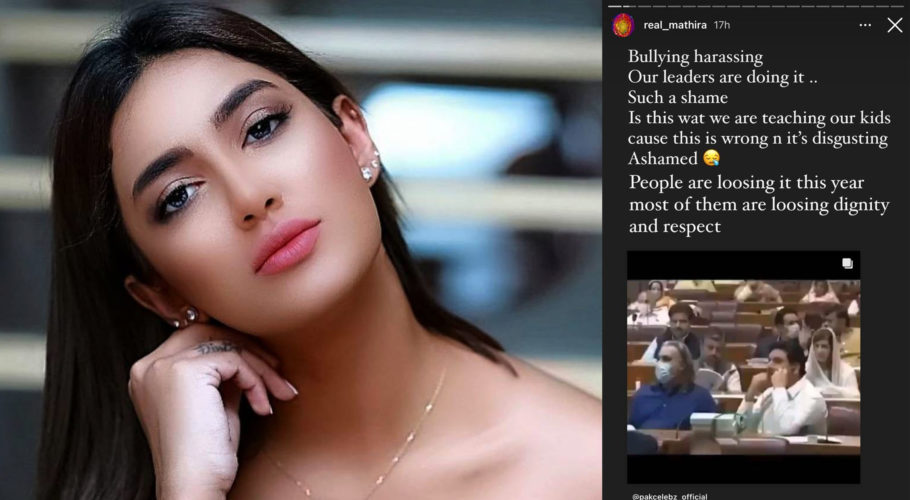 A video of the MNA screaming obscene chants while attacking the PPP leader is making the rounds on social media, allegedly filmed during the budget 2021 session.

While rejecting his disrespectful statements, Mathira described them as bullying and harassing. It is bullying and harassment, according to Mathira, and our leaders are the perpetrators. In an Instagram storey, she expressed her disappointment, writing, “Such a shame.” 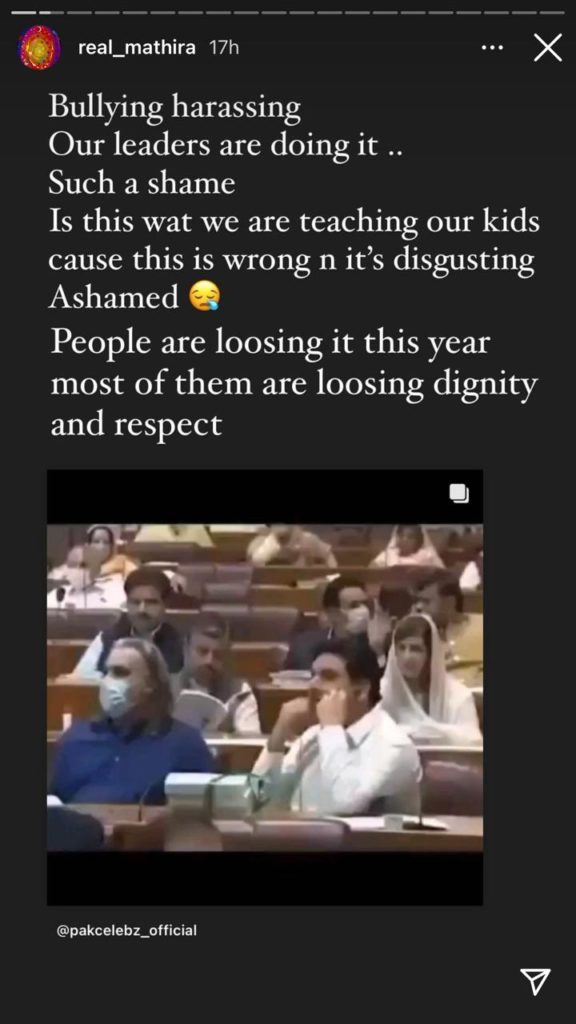 Furthermore, social media users have reprimanded Ali Ameen Gandapur and Zartaj Gul Wazir for laughing at the use of offensive language rather than intervening to prevent their colleagues from doing so.

Mathira has previously stated that she began with a little channel. “At that time, I was nothing. She went on to say, “An insult from one person made me famous.” She stated that everyone in Pakistan judges someone who does not receive anything, and then he begins to judge others. “I come from a culinary family. But I’m not one of them; I prefer basic foods like lentils and rice,” she explained.