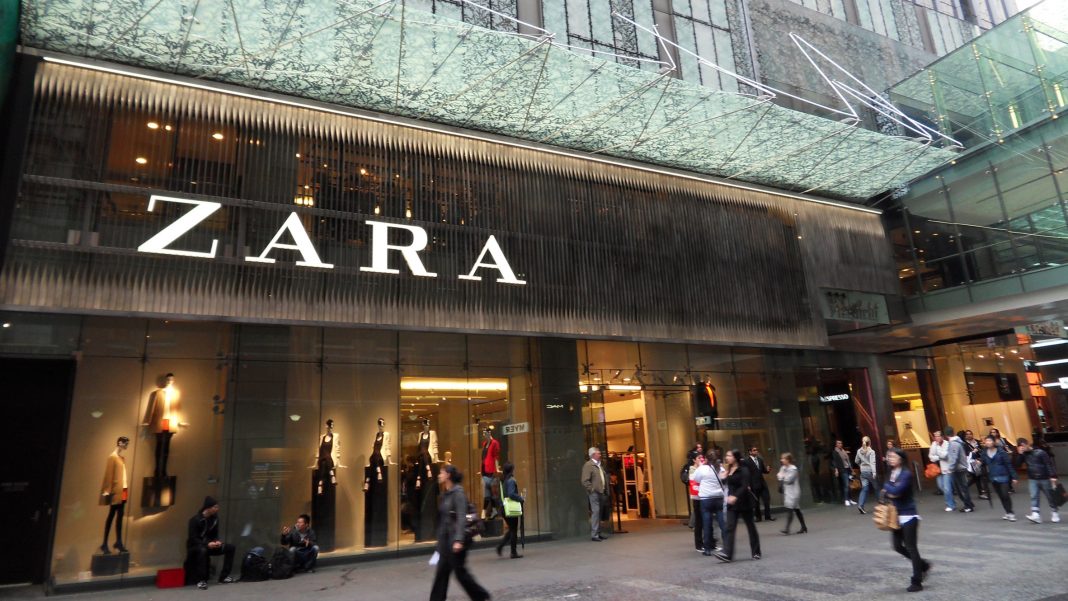 Zara’s chief designer, Vanessa Perilman, made a comment on social media in which she labelled Palestinian fans “ignorant” and “violent,” sparking outrage and calls for a boycott of the business.

Over the last few years, the Palestinian cause has gotten a lot of attention across the world. The Israeli assault on unarmed Palestinian citizens in Gaza, as well as the demolition of other infrastructures, including media outlets, was highly denounced.

In an Instagram post, a Muslim male model named Qaher called Israel an “evil” country. With a reaction from Zara’s authorities, the situation has worsened, and many are upset, to say the least.

Also Read: Bella Hadid chastises her friends for being quiet on Israel-Palestine conflict 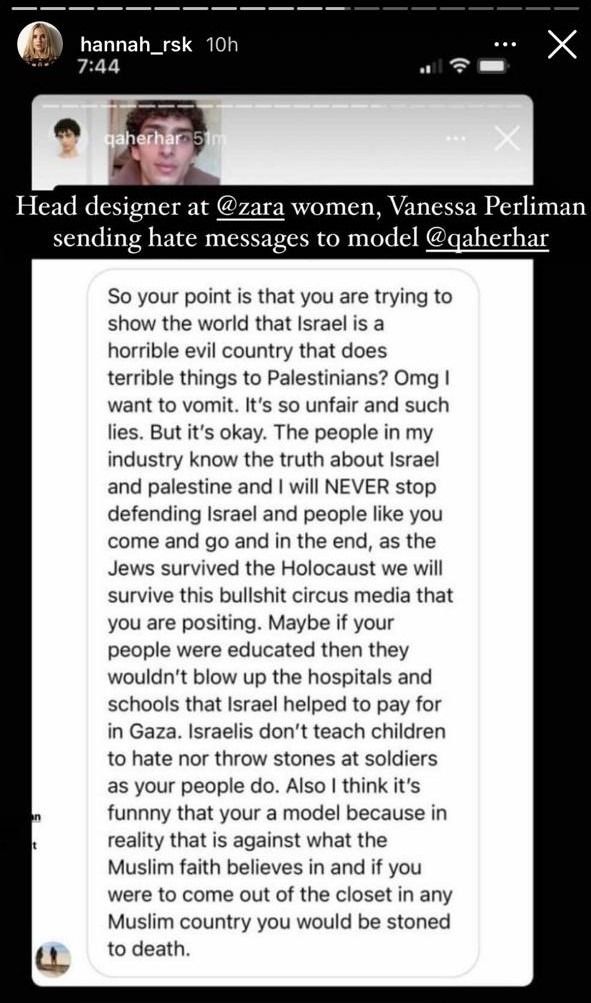 In a response to model Qaher, Zara’s chief designer Vanessa Perilman declared he was lying. She stated that she, as a Jew, will endure the social media insults. Vanessa continued to insult the male model, alleging that all supporters of Palestine are uneducated and aggressive. She claimed that being a model and a Muslim at the same time is incompatible.

People began complaining to Zara over their head designer’s “racist” and “Islamophobic” remarks almost immediately after seeing this article. Because of its designer’s anti-Palestine sentiments, social media users initiated a boycott movement against Zara.

Meanwhile, Zara declared in a statement that an internal inquiry has been launched to adequately address the matter. Vanessa and Qaher contacted each other over Instagram, according to Zara’s email, and Vanessa apologised. They further emphasised that Zara is a diverse organisation that does not accept prejudice.

A Palestinian keffiyeh was previously utilised by an Israeli fashion designer to produce a series of dresses and miniskirts for her new collection. Some Arabs, particularly Palestinians, have condemned the appropriation of the scarf, which has become a symbol of Palestinian resistance against Israel.