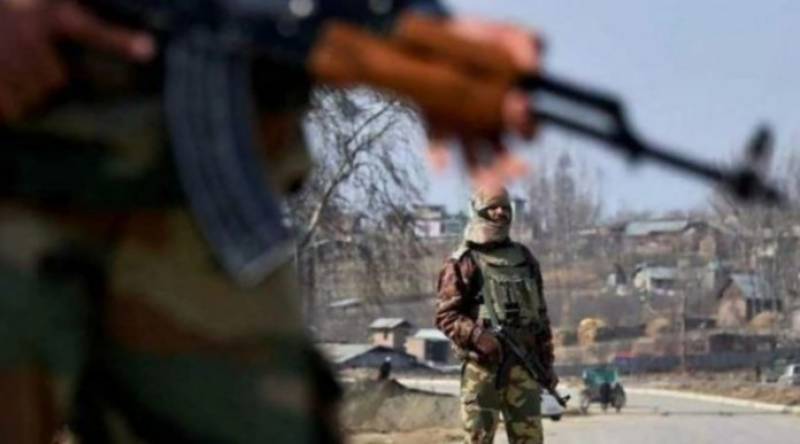 “Despite the devastating COVID-19 outbreak, the Indian occupation force has increased extrajudicial executions of Kashmiris in so-called “cordon-and-search” operations,” a Foreign Office official said in a statement on Sunday.

In only this year, Indian occupation troops have killed more than 55 Kashmiris. Arbitrary imprisonment of Kashmiri youngsters is unabated as well.

According to the FO spokesman, India should be aware that no amount of Indian brutality would be able to subdue Kashmiris and break their resolve in their fight for self-determination.

He went on to say that Pakistan has continuously highlighted that the Indian occupation forces’ severe and systematic abuses of human rights in IIOJK deserved to be investigated by the UN Commission of Inquiry, as recommended by the OHCHR in its 2018 and 2019 reports.

“Pakistan reiterates its request for an impartial international investigation into the continuing extrajudicial murders of Kashmiris by Indian occupation forces and to bring the culprits of these heinous crimes to justice,” the statement said.

Three people were killed yesterday in Aarampora, a town in the northeastern town of Sopore, by the random gunfire of Indian army soldiers. Hundreds of people attended separate funerals in Sopore for the killed civilians, as mourners sang pro-rebel and anti-India chants and demanded an end to Indian control in Kashmir.

The killing of civilians by Indian soldiers has been fiercely denounced by Hurriyat leaders and groups, who have expressed solidarity with the grieving families.