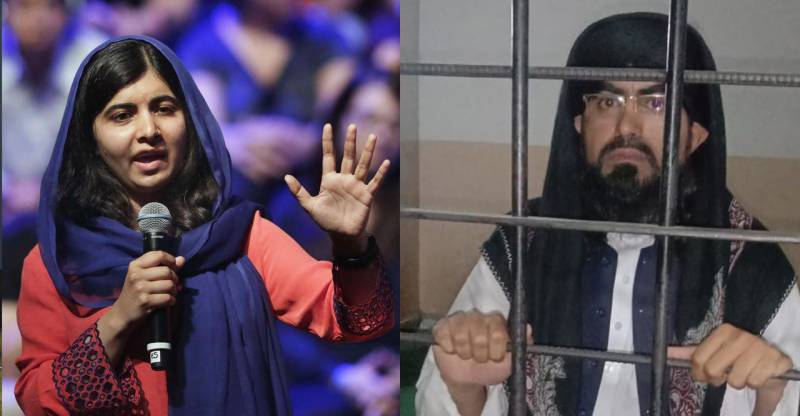 Mufti Sardar Ali Haqqani was detained under the Anti-Terrorism Act in the Lakki Marwat District of Khyber Pakhtunkhwa for threatening to assassinate Pakistani Nobel Laureate Malala Yousafzai in a suicide bombing.

Mufti made a speech at Speen Jumat, Wahid Ghari in Peshawar, according to the FIR filed under 16 MPO and 7ATA against the cleric, who is known for such statements in the past.

The complainant stated in the FIR that a threatening video of Haqqani standing on the podium and urging people to take the law into their own hands and perform out a suicide attack on a Pakistani social activist was extensively disseminated on social media.

This Man, pretending to be a religious scholar, is openly threatening to kill @Malala in suicide attack.

He is a habitual hate speaker but allowed to use an important platform to mislead people. He has also been involved in disinformation campaign about Covid-19 vaccines. pic.twitter.com/BSQYMDN6Za

The preacher also threatened to carry out a suicide assault on Malala during her visit to Pakistan, which angered the crowds, according to the FIR.

According to a law enforcement officer speaking with a news source, Mufti Sardar Ali Haqqani was in Pizo when he was caught Tuesday night and charged with inciting enmity.

Haqqani had already fled to his hometown to avoid imprisonment when the video went public and numerous activists condemned the conduct, according to police.

Previously, the 23-year-old youngest Nobel laureate gave an interview to a British magazine that got her in deep trouble because it offended Pakistanis.

When it comes to marriage, she believes that seeing everyone’s love tales on social media might be unsettling. “How do you tell if you can trust someone or not?” “I still don’t understand why people have to get married,” Yousafzai continued. Why do you have to sign marriage papers if you just want someone in your life? Why can’t it just be a partnership? ”