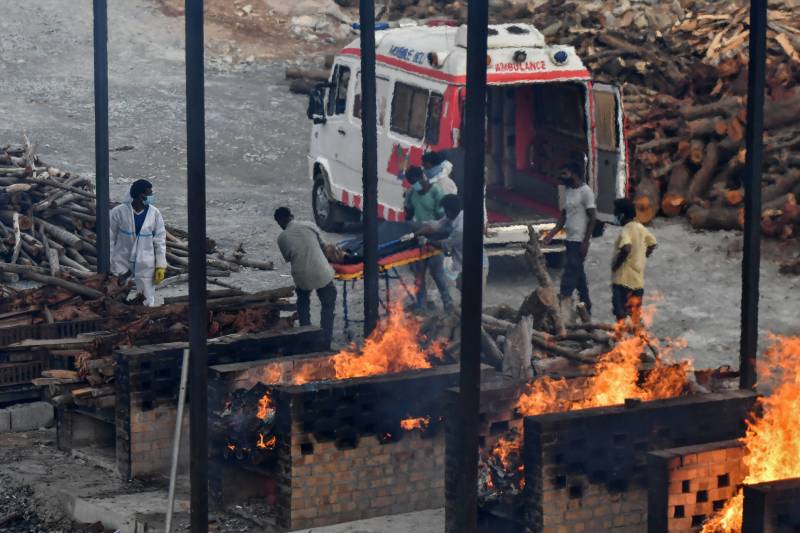 India had the highest daily number of coronavirus mortality during the Covid epidemic on Thursday, with 6,148 deaths in less than 24 hours.

According to reports in the Indian media, Bihar, India’s second most populated state, has the world’s greatest single-day death toll after revising data to account for fatalities at home or in private hospitals.

After the regional High Court requested an assessment of deaths during the second wave of the Covid in April and May, Bihar, an East Indian state and one of India’s poorest states, amended its toll.

The judicial injunction was issued in response to claims that the state administration was concealing the number of illnesses and fatalities. According to statistics, whereas 1,600 individuals died of COVID in Bihar between March 2020 and March 2021, the number of deaths from April to June 7 this year was a whopping 7,775, more than six times higher.

Meanwhile, the number of new infections fell below 100,000 for the third day in a row, with at least 94,052 persons testing positive during that time. India’s cumulative tally has risen to about 29.2 million people, up 94,052 in the last 24 hours, with 359,676 fatalities, according to health ministry statistics.

The revelation of unrecorded deaths in an East Indian state supports the theory that the country’s total death toll is far higher than the official total. After the United States, the South Asian country has the second-highest number of Covid cases in the globe. In terms of overall COVID deaths, it ranks third behind the United States and Brazil.

As the country prepared to loosen transportation restrictions, the number of illnesses and deaths increased in a number of Indian states. Meanwhile, health experts have warned that India might be struck by a third wave of the unusual illness later this year.