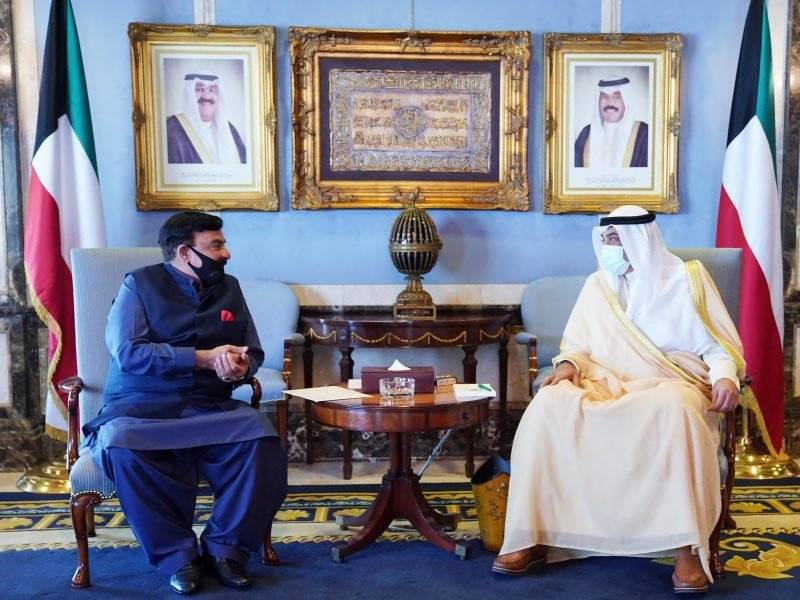 After a decade-long ban, Kuwait has decided to restore family and business visas for Pakistani nationals, according to Interior Minister Shaikh Rasheed.

According to reports, the interior minister gave his Kuwaiti counterpart a special letter from Prime Minister Imran Khan. Following the discussion, Kuwait’s ministry of interior released a press statement stating that family and business visas for Pakistanis will be restored “immediately.” According to the deal, Pakistani employees would be able to get Kuwaiti visas.

‘There will be no restrictions on visas for Pakistani specialists in the medical and oil industries, and commerce between the two countries would rise with the restoration of business visas,’ according to a post published on Rasheed’s official account.

It went on to say that Pakistani labourers were instrumental in Kuwait’s growth.

While addressing the event, Kuwait’s Prime Minister stated that the two countries’ relations had spanned seven decades and that the people of Pakistan and Kuwait share a bond of love and trust.

During his visit to the oil-rich country in 2017, former premier and PM-N supremo Nawaz Sharif also lobbied for the return of visas for Pakistani nationals.