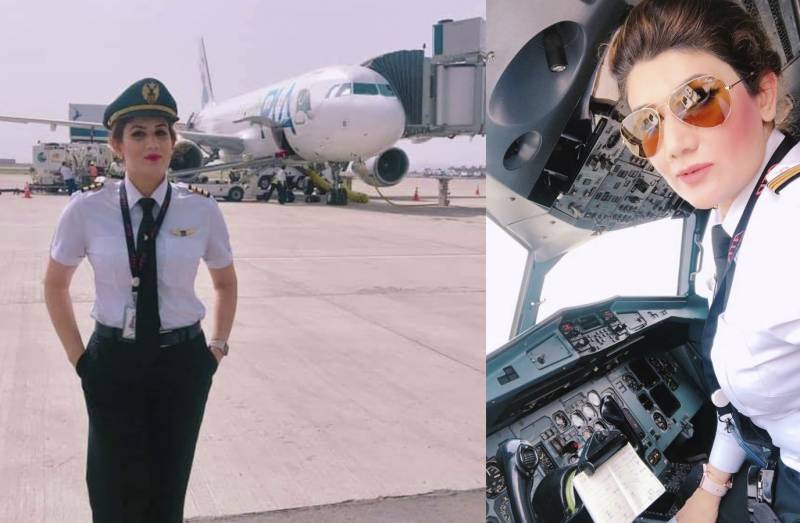 Maryam Mujtaba, the first Kashmiri female commercial pilot, is a woman who defied expectations and rose above them.

Ms Mujtaba’s journey is one of bravery, resolve, and power, and it deserves to be recognised, honoured and discussed.

Mujtaba, a Muzaffarabad native, and her husband paid a visit to Azad Jammu and Kashmir President Sardar Masood on Saturday, who congratulated the young pilot on being Kashmir’s first female commercial pilot.

While congratulating Maryam, President AJK described her as a role model for all women aspiring to pursue excellence in seemingly difficult fields of life. Khan remarked, “You have influenced and motivated a number of women in the liberated territories to see aviation as a viable occupation.”

Mujtaba told Masood Khan about her experience, saying, “flying had been her fantasy since childhood, and PIA had offered her wings to transform it into reality.”

She was born in Muzaffarabad and Rawalpindi to a family of Kashmiri migrants from Shopian in Indian-controlled Kashmir.

Maryam Mujtaba received her private pilot certificate after completing initial aviation training in Pakistan’s twin cities and later at a flight academy in the United States.

Let it be known that after completing the necessary flying hours on domestic routes on an ATR, the country’s national flag carrier promoted her to “first officer” on an Airbus-320.