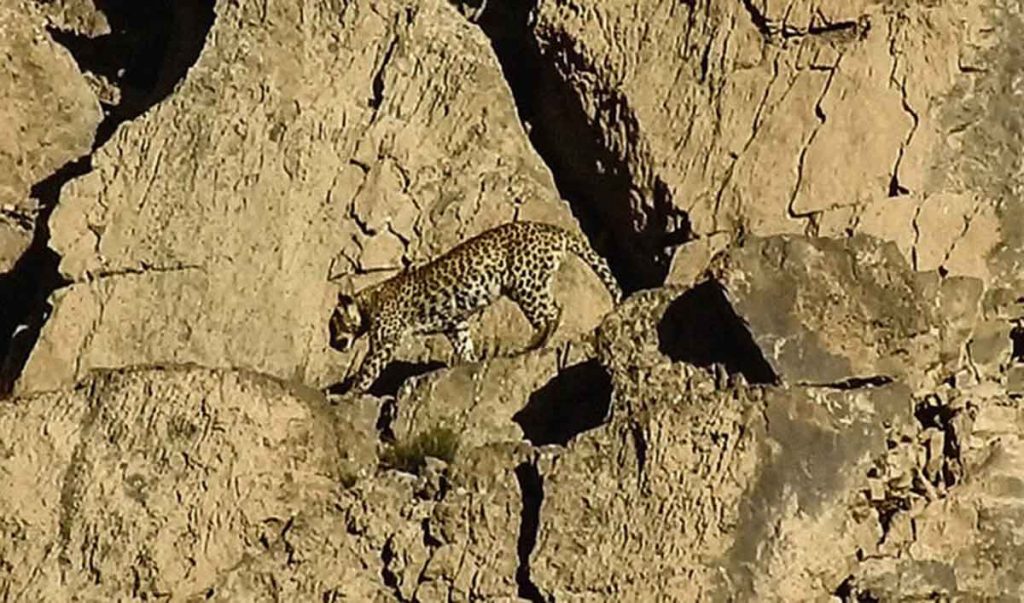 Officials said on Friday that a pair of rare Persian leopards seen in Balochistan for the first time last year was filmed and photographed in the wild.

Rangers first discovered the couple on Mount Chiltan in the Hazarganji Wildlife Park six months ago, according to Sharifuddin Baloch, a senior conservation official in Balochistan province.

Leopards in the wild are independent and only pair up to mate.

“We gave our workers cameras and binoculars so they could record and photograph the couple,” Baloch said. “This month, our team was successful.”

Persian leopards are a subspecies of panther found in Turkey, Iran, Afghanistan, and the Caucasus. They are, however, highly rare and are classified as vulnerable by the International Union for Conservation of Nature (IUCN).

“We are taking measures to conserve endangered species,” Baloch told AFP, adding that officials were exchanging data with the International Union for Conservation of Nature (IUCN).

Park officials captured video of one of the leopards perfectly camouflaging itself on a steep, rocky hillside before it gets up and walks away.

According to Baloch, no previous sightings of the species had ever been recorded in Pakistan.

Panthera tilliana is larger and has a distinct spot pattern than the Indian leopard (Panthera fusca), which is present in Pakistan.