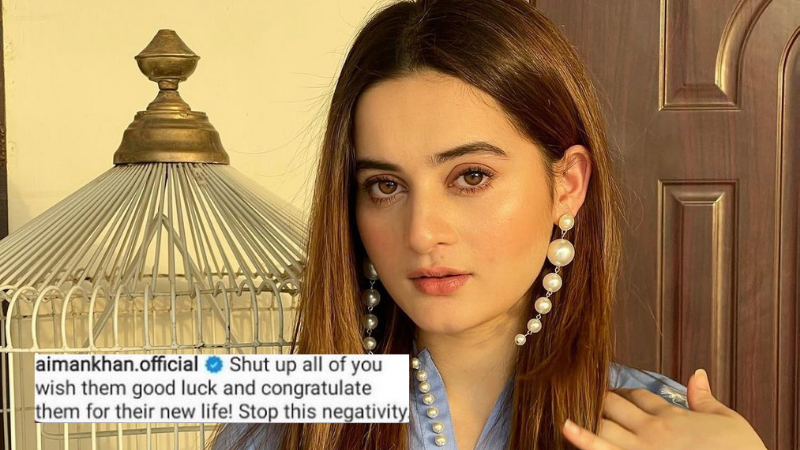 Fans who left negative comments on her sister Minal Khan’s photos from her baat pakki with actor Ahsan Mohsin Ikram prompted Aiman Khan to react. The pair had previously shared photos from their marriage.

To commemorate their engagement, they arranged a baat pakki function (though they actually got engaged in February). “Take care of my sister,” Aiman captioned a photo of herself with her sister and soon-to-be brother-in-law on Instagram.

Also read: Mahira Khan not allowed to work in India

Obviously, social media didn’t just say good words. As obscene remarks from ‘fans’ began to pour in, Aiman felt compelled to react. They chastised the pair for uploading so many pictures, advising them to “just get married” and “go on.” Others were offended by the images, calling them “vulgar” and an unnecessary display of affection.

Aiman Khan ‘s answer was simple: “Shut up,” telling people to “avoid this negativity.” If only we could all answer to haters with a well-timed “shut up,” the world will be a better place.

It’s time for people to stop hating on anything. When it’s necessary, call people out, but when it’s not, leave them alone. Minal and Ikram’s party seemed to be very low-key, and no photos of their guests have surfaced on social media so far. And their attire was understated.