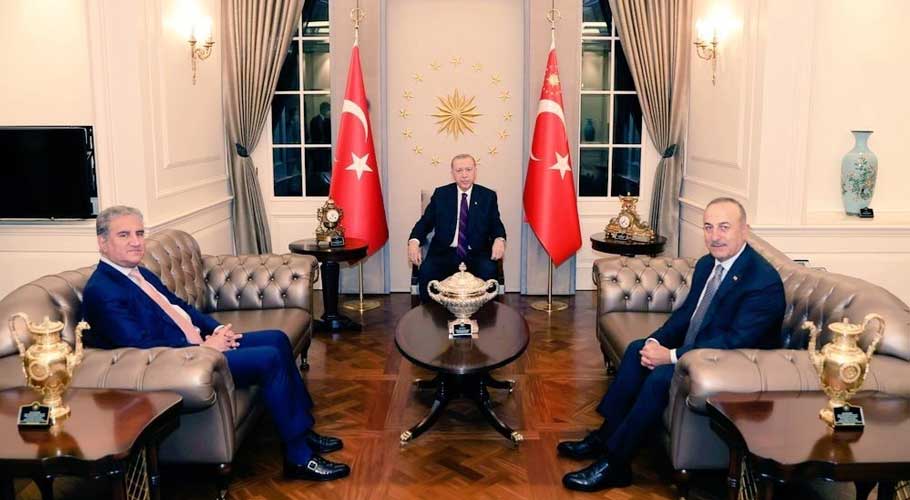 He will go to New York from Ankara alongside the foreign ministers of Sudan, Palestine, and Turkey to attend a United Nations General Assembly (UNGA) discussion on the Palestine problem.

The foreign minister and President Erdogan addressed bilateral relations as well as the situation in Palestine during their discussion. He also commended Erdogan’s unambiguous stance on Kashmir and Palestine.

It was emphasized during the conference that the international community had a joint obligation to take the necessary actions to address the terrible situation, restore peace, and enable a right settlement.