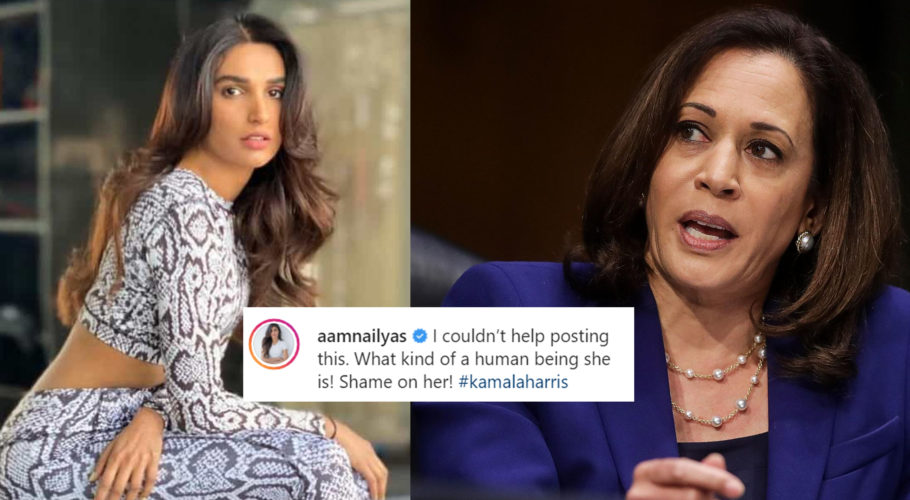 Amna Ilyas, an actress and model, has slammed US Vice-President-elect Kamala Harris for her pro-Israel remarks.

The actress resorted to Instagram to share an old photo of Kamala Harris standing up for Israel, and she questioned what sort of human Harris is. The footage, which dates from August 2020, shows the US Vice-President fully endorsing Israel’s act of self-defence against Palestine.

Amna shared the video of Harris and wrote in the caption, “I couldn’t help sharing this. What kind of a human being she is! Shame on her!’. Celebrities like Sanam Jung also termed Harris’s statement ‘pathetic’.

In the comments section of Ilyas’ thread, a number of other people criticised Kamala Harris’ stance. 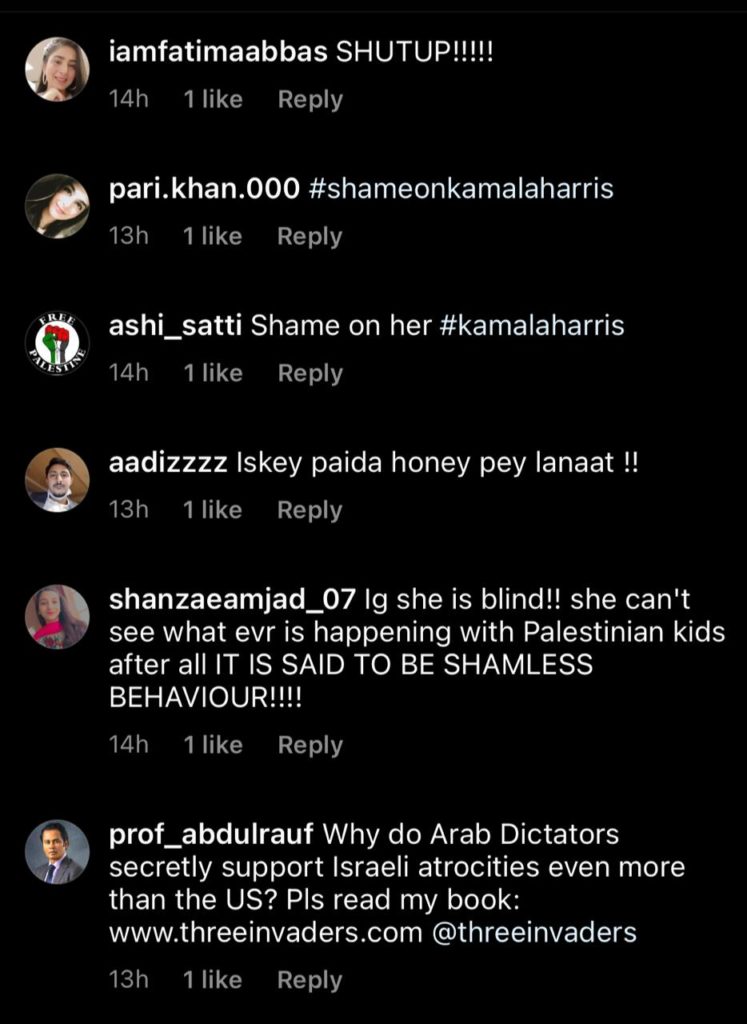 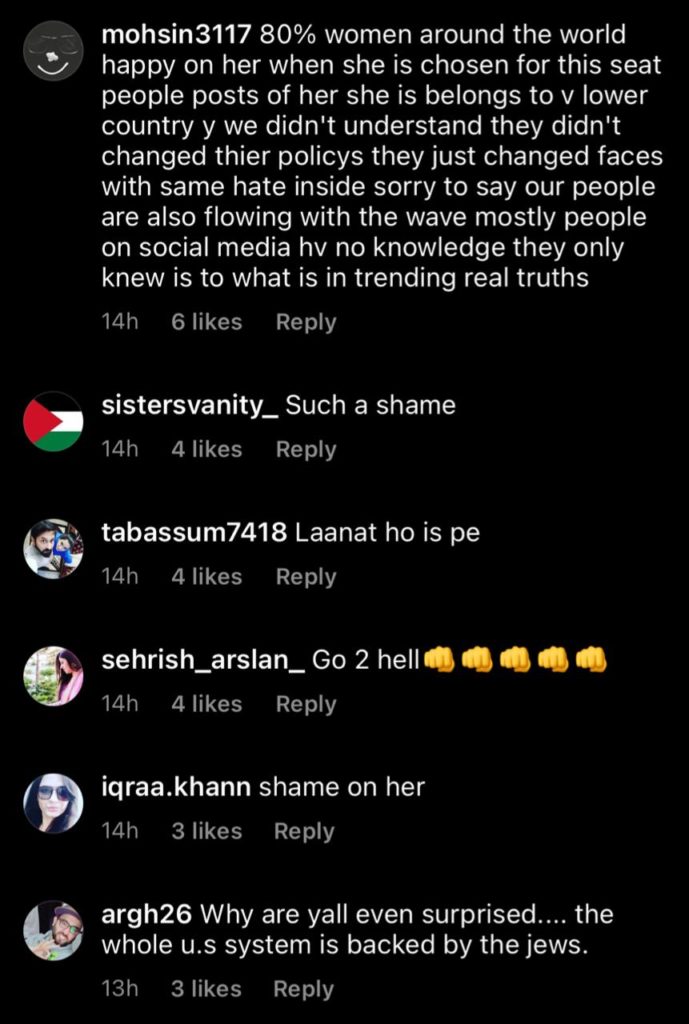 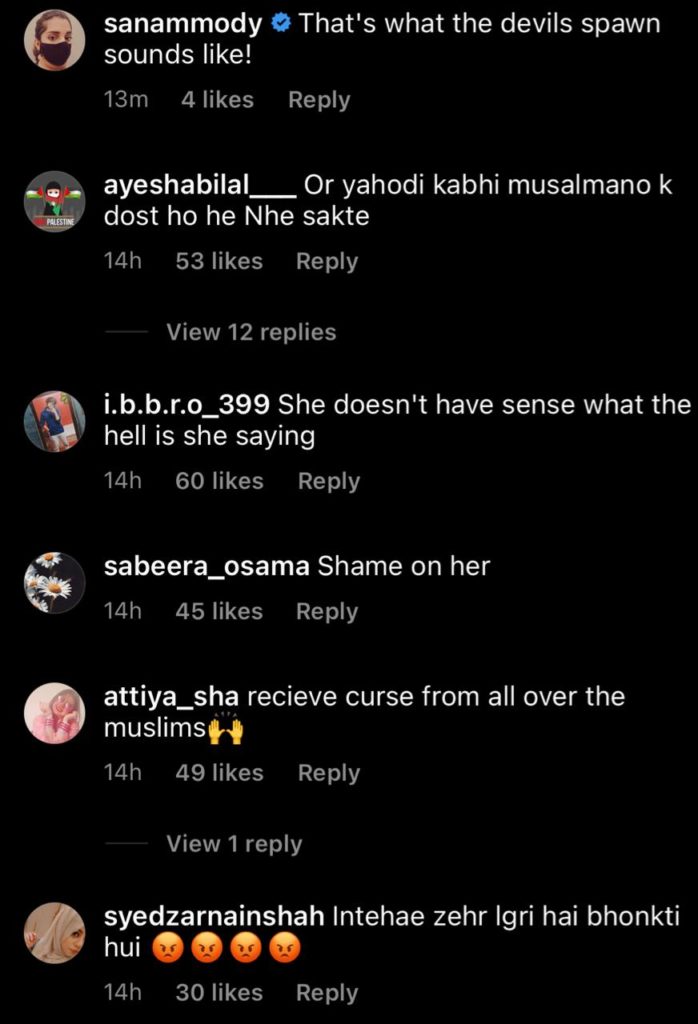