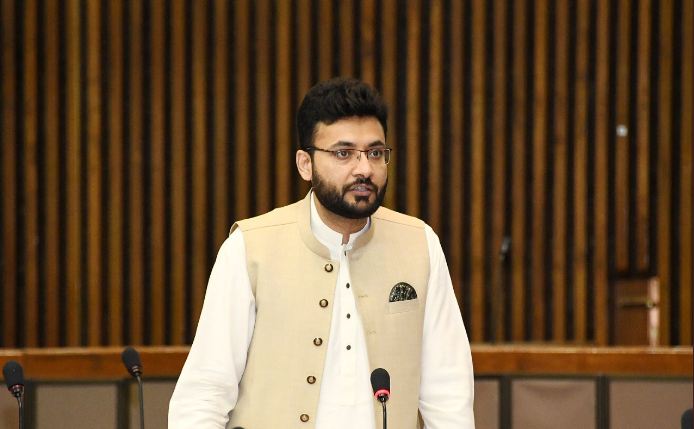 Farrukh Habib, a PTI MNA, has been named by the prime minister as Minister of State for Information and Broadcasting.

This was confirmed by Chaudhry Fawad Hussain, Federal Minister for Information and Broadcasting, who congratulated Habib on his “well-deserved appointment.” Habib will take the oath of office tomorrow.

Farrukh Habib has been a member of Pakistan’s National Assembly since August 2018, when he was elected as a candidate of the Pakistan Tehreek-e-Insaf (PTI) from the NA-108 constituency (Faisalabad-VIII).

He began his political career in 2007 by entering the Insaf Student Federation (ISF), where he rose to become the student wing’s president and the PTI’s Central Deputy Secretary-General. Prime Minister Imran Khan named him the Federal Parliamentary Secretary for Railways in September 2018.

Congratulations to @FarrukhHabibISF for his his well deserved appointment as State Minister for Information and Broadcasting, he will take oath of his office tomorrow