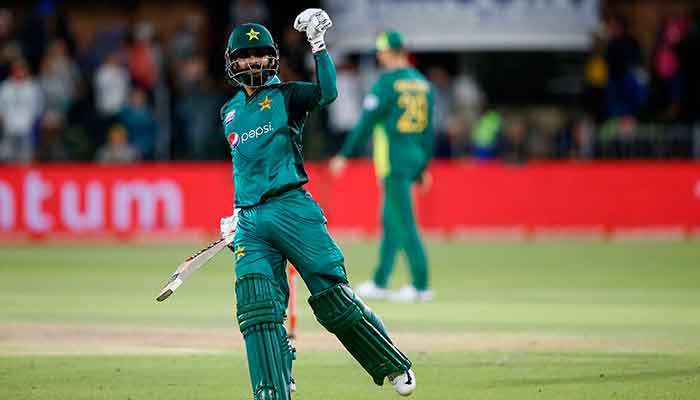 Mohammad Hafeez, a veteran all-rounder, became the 22nd batsman in history to cross 7,000 T20 runs. Hafeez reached the personal landmark during Pakistan’s humiliating defeat to Zimbabwe in the second Twenty20 International in Harare.

Hafeez is just the second Pakistani batsman to cross the milestone; the only other Pakistani to score more than 7,000 runs is Shoaib Malik, who has 10,488 runs in 389 innings and is the third-highest run-scorer in T20 history.

Hafeez has been an important part of Pakistan’s T20I team in recent years, finishing as the top run-scorer in T20Is in 2020, scoring 415 runs, including four half-centuries and his career-best score of 99.

Mohammad Hafeez has been a member of Pakistan’s national team for a long time, and he recently played his 100th T20I for the country. He was also in the lineup for Pakistan’s first-ever T20I match against England in 2005, where he scored 46 runs as Pakistan won by five wickets.

In 2021, the 40-year-old has been a little out of sync, hitting just 65 runs at an average of 13.00 in 6 innings. He is determined to regain form in the series finale against Zimbabwe, which is set to take place on Sunday, and help Pakistan secure their third T20I series in a row.

Hafeez recently mentioned that his current ambition is to represent Pakistan at the T20I World Cup in India in October-November; however, he would need to get back into shape quickly in order to stake his claim on the national team.