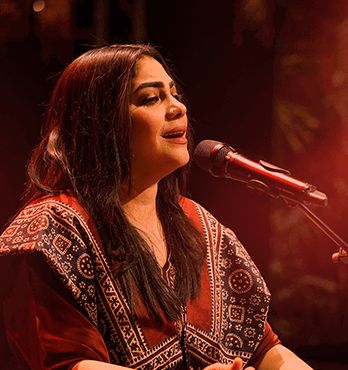 Sanam Marvi, a folk singer, has filed a lawsuit against her ex-husband Hamid Ali and his associates.

Sanam has filed a complaint with the Islampura police station in Lahore, nominating her ex-husband, his brother, and other associates.

According to reports, the singer’s lawsuit alleges that Hamid Ali and his associates tortured her and attempted to kidnap her.

Marvi and Ali formally split up in February 2020. During their union, the singer said she was subjected to physical violence at the hands of Ali. They both have three daughters.

The singer, who filed for khula, claimed in the petition that she married him in 2009, but her husband’s attitude toward her changed over time. Sanam Marvi married Hamid Ali in 2009, the same year her ex-husband Aftab Ahmed was killed in Karachi.

Regardless of the court’s ruling, Marvi had requested primary custody of the twins. She alleged that her ex-husband was holding the children against her will. The singer said she couldn’t survive without her children.