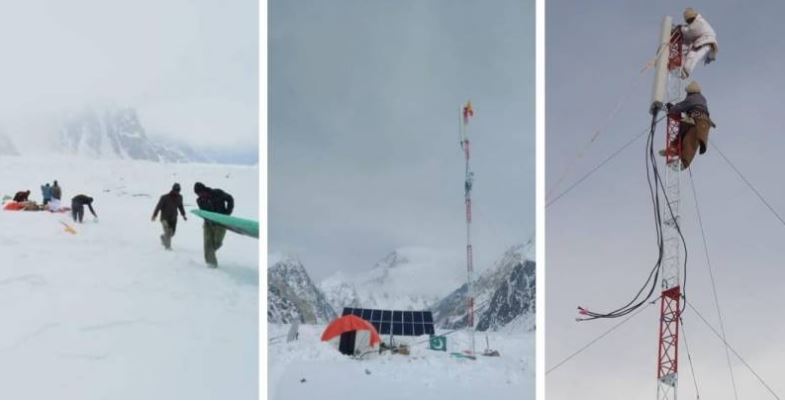 To support mountaineers and visitors, the existing government has built the world’s first high-speed cellphone tower at the base camp of K2, the world’s second-highest mountain.

The initiative was implemented by the Special Communication Organization, which is part of the Interior Ministry.

It sought to make it easier for visitors and mountaineers to communicate with their groups when hiking toward the savage range. The construction of the cell tower could drastically alter expeditions to the world’s most dangerous peak.

Also Read: Abdullah Siddiqui makes it to Forbes’ 30 Under 30 list

Mobile Tower installed at Concordia Base Camp starts providing cellular and internet services.
Gilgit-Baltistan government has provided support to Special Communication Organisation (SCO) for the installation of this SCOM Tower to ensure communication facility at K2 Base Camp pic.twitter.com/mEjchpgZkf

Previously, the mountaineers used mobile phones to communicate with the base camp, but many had difficulty communicating due to adverse environmental conditions on the world’s second-highest elevation.

Meanwhile, the Gilgit Baltistan government has intensified efforts to assist visitors as well as residents.