A psychiatrist in Islamabad was caught on tape reportedly demanding sexual favours from a female patient in exchange for his services. The man was accused of abusing his female patients and students in the past.

A team from the ARY News program Sar-e-Aam revealed a doctor in Islamabad who asked a female patient for sexual favours. An undercover operation was carried out in which a female was taken to the hospital. She pretended to be a patient with psychiatric problems. 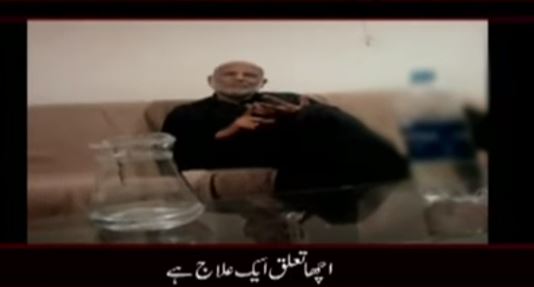 During the meeting, the woman secretly recorded the doctor. She recorded him requesting a sexual favour from the planted patient. Iqrar ul Hassan, the host of Sar-e-Aam, then confronted the doctor with the video documentation. He did not, though, confess his remorse. Instead, the doctor started making pathetic attempts to justify his obvious sexual solicitation of the patient.

Since meeting the patient, the doctor said that she had seen him four times. He went on to say that she was making false accusations against him in order to smear his reputation.

Despite his interaction during the video, in which he could be heard making sexual offers while describing them as a way to reduce tension, the psychiatrist said, “I have not made any sexual offers to her nor committed any sexual act with her.”

Over the last few months, Pakistan has gained a reputation for sexual harassment. Rape cases are unfortunately on the rise in the country. Sexual harassment incidents have only increased after the eye-opening motorway rape case and the national uproar that followed.