Komal Rizvi, a well-known singer who later became an actor, is a prolific actor, singer, and television host. The well-known musician, who also appears to be a successful businesswoman, recently spoke out about her failing marriage. She made some startling discoveries about her ex-partner, who was violent and mentally unstable.

Rizvi’s first single was released in 1999, and it became the smash hit bhangra song Bauji Bauji Bhangra Saaday Naal Paoji, which catapulted her to stardom overnight. In 1997, she made her film debut in the super hit Hawaain. Later in her career, Rizvi appeared in television shows such as Kabhi Kabhi, Teesra Peher, and Samandar Hai Darmiyan. She has established herself as one of the most prominent television stars. 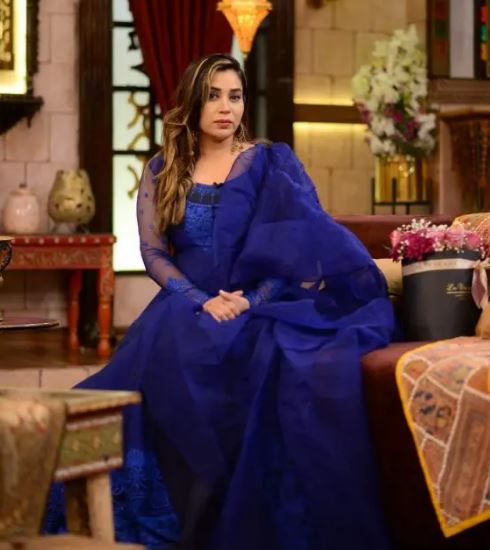 The singer and actor was recently a guest on Nida Yasir’s show. She spoke up about her abusive engagement. “I used to live in Oman with my husband who had confined me in the house,” Rizvi said when asked about her previous marriage. He never gave me money and had my passport, work visa, and driver’s license.”

Komal Rizvi went on to say that she was not allowed to go anywhere. “However, she learnt how to cook and asked a nearby grocer to cook them dinner. I used to cook for them to help them save money. Then, with my earnings, I bought deep freezers for my house, which made it easier for me to contemplate ending the relationship.” 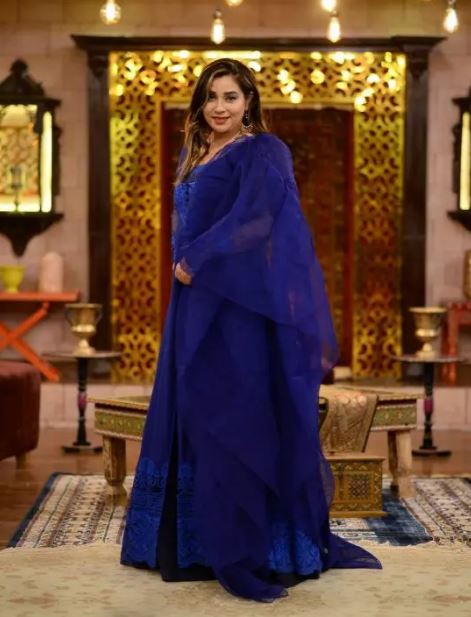 The singer also revealed that she had to put up with her husband’s harassment for about 6 years. She also admitted that he once gave her a black eye, which her father discovered. She said, “He came to Oman, packed my suitcase, and pulled me out of the house while I was shivering with fear that he would kill me.”

“I have no idea why I am saying this,” Rizvi said as she made stunning revelations. She went on to say that it doesn’t matter how trained or self-sufficient you are. When a woman is confronted with an abusive partner, she loses her self-esteem and control, according to her.