Home Entertainment Meera, ‘On the request of Sheikh Rasheed, the psychiatric institution allowed me... 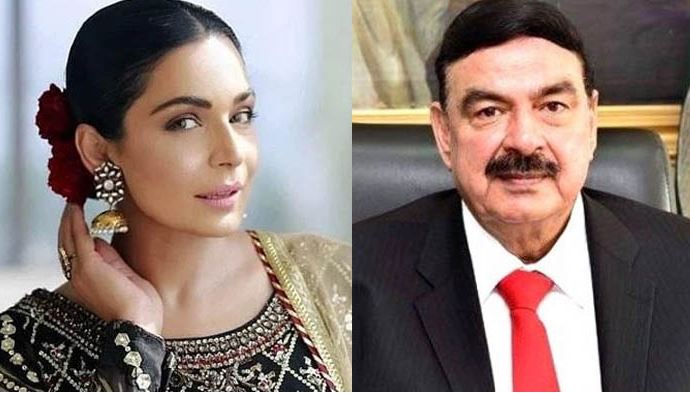 Meera stated that Pakistan’s Interior Minister, Sheikh Rasheed, had asked for her release from a psychiatric hospital in the United States.

Previously, the celebrity had denied reports of mental illness through actor Imran Abbas. In an interview with BBC Urdu, the Baaji star claims she was admitted into a mental institution after visiting a hospital in New York for various reasons.

Meera told the BBC that the federal Minister approached the Pakistan Embassy in the United States after her mother appealed to Prime Minister Imran Khan for her safe return.

“Mr Sheikh Rasheed got in touch with the Pakistani embassy in New York, which requested the facility to let me go,” she said.

“News regarding me being deported from is fake. I left for Dubai to shoot for a Pakistani project,” she shared.

Meera remembered the whole situation about how she was labelled as mentally challenged.

“I visited the hospital because I was in depression and in turn, I was declared mentally challenged. My phone was also snatched and I was taken to a psychiatric facility. There’s a difference between madness and depression, which has to be understood. But people here locked me up. I spent an entire night screaming for help. No one came,” she disclosed.