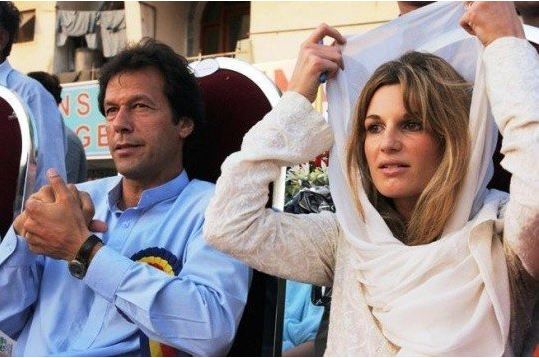 Prime Minister Imran Khan’s former partner, Jemima Goldsmith, chastised him for blaming women’s “inappropriate” wear for an increase in sexual assault and rape incidents during a question and answer session with the public on Sunday.

During the call, a caller questioned the premier’s government’s response to increasing sexual abuse, especially against children.

In his response, Prime Minister Imran Khan blamed fahashi (vulgarity) for the rise in rape cases and sexual harassment in Pakistan.

There was an outcry on social media shortly after his remarks. Many people lambasted Prime Minister for his “insensitive” comments.

Taking to Twitter, Jemima said that she was hoping that the remarks were “misquotation” or “mistranslation”.

I'm hoping this is a misquote/ mistranslation. The Imran I knew used to say, "Put a veil on the man's eyes not on the woman." https://t.co/NekU0QklnL

In another tweet, the former first lady also quoted a verse from the Holy Quran, saying: “The onus is on men.”

“Say to the believing men that they restrain their eyes and guard their private parts.” Quran 24:31

The onus is on men. https://t.co/StkKE3HIPM