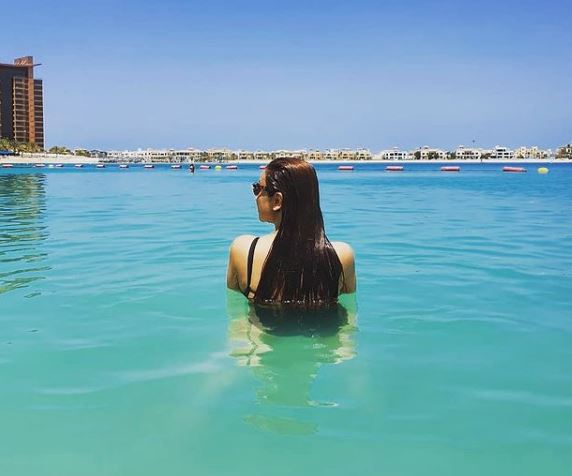 Anoushey Ashraf, a Pakistani actress, has taken the internet by storm with a recent video of her swimming at a Dubai shore.

On Sunday, the actress posted videos of herself on Instagram stories from a beach in Dubai. Anoushey can be seen scrolling through her phone while approaching the water at Dubai Beach in one of the scenes. She was recently seen in Dubai with friends on holiday.

Anoushey is a well-known Pakistani video jockey. Indus Music / MTV Pakistan was where she began her career. She is well-known for her eloquent speaking abilities and fashionable demeanour. She was the anchor of a well-known morning program.