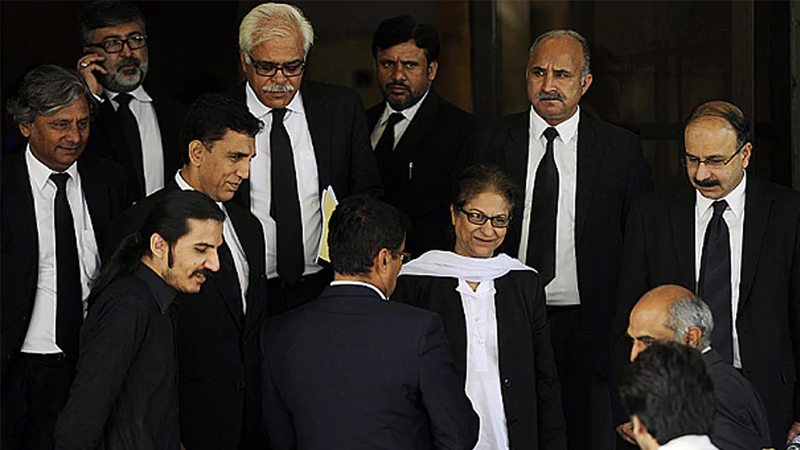 ISLAMABAD: On Saturday, The Bar Council (IBC) ordered the Chief Commissioner to condemn service staff of hotels, marriage halls, and restaurants from wearing black coats and pants because it resembles the attire of the lawyers.

Punjab and Balochistan lawyers wants waiters at hotels and wedding halls not to wear uniforms that make them look like lawyers’ ‘uniforms’.

A note has been sent to the Chief Secretary, the Islamabad Bar Council, the Chief Commissioner of Islamabad.

Also Read: Aurat March Organizers have to face the FIR

The Letter of Punjab Bar Council reads that we came to know that many of the Hotels and Marriage Hall staff are wearing the uniform of lawyers. I want to clear this through this letter that you are not eligible of wearing a proper uniform of Lawyers until and unless you have passed the entry test and are done with your six-month training. It further strictly informed that other than the Lawyers, no one is allowed to wear the uniform. If any staff member of a marriage hall, hotel, and any event hall is observed in this uniform, I have clear directions to proceed under the relevant provision of law.

They said that waiters are to be respected equally as that of a Lawyer or any other Pakistani. People on Twitter believe that waiters have a better reputation than Lawyers. Some said that it’s a disgrace of hardworking and dedicated waiters of our country.

One of the Twitter users commented that  Waiters have higher standards than Lawyers and thus they should change their Uniforms otherwise the  “honorable thugs” in black coats will attack them. On the behalf of waiters, many folks spoke up and claimed that it’s so shameful of Lawyers that wearing a common formal dress like a black pent coat and a white shirt makes them feel superior to the waiters.