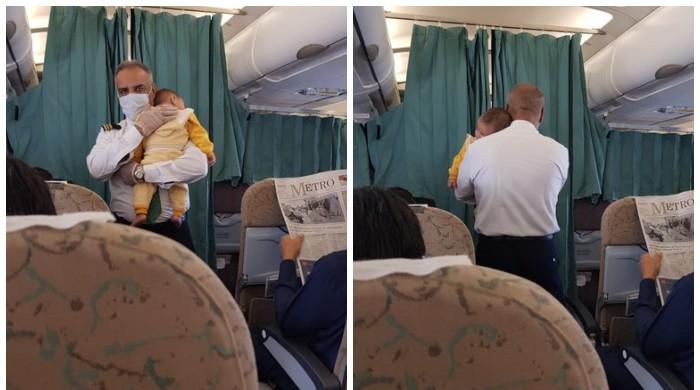 Touheed Daudpota, a PIA crew member, went viral on social media after photos of him soothing a crying infant on a flight from Karachi to Islamabad were posted. The United Nations recently honoured him for his good deed.

UN Women Pakistan, a branch of the United Nations that advocates for gender equality and women’s empowerment, awarded the steward the title of “He for She” Champion.

The official PIA Twitter account recently shared a snippet of the ceremony with viewers to celebrate the news.

The employee of the national carrier was recognized for showing gender sensitivity and concern for a female passenger. After several online users praised the crew member for his act of kindness, images of the event went viral on social media.

While speaking on a morning show, Touheed stated that he was unaware that someone was filming the event. This is not the first time I’ve assisted a passenger in calming her crying baby; it’s my job.