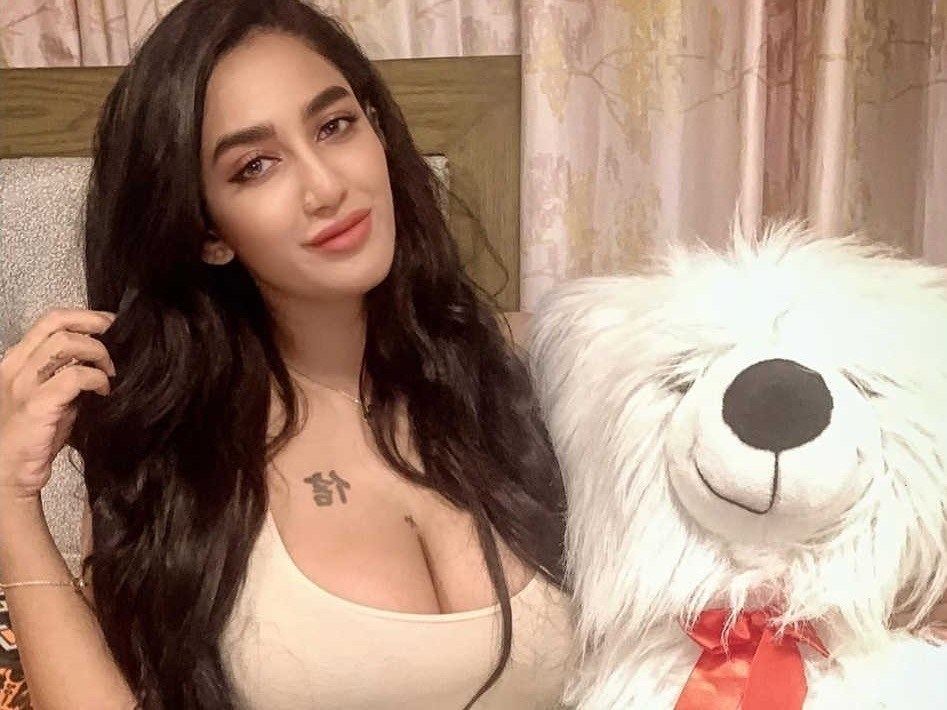 Followed by Tabish Hashmi’s hosted show, To be Honest– Mathira has recently been a victim of body-shamming trolls and negative comments. She broke her silence by taking to her Instagram and asked the public to stop body-shaming her and calling her plastic. She added: I am chubby, and I am happy with it, and who are you to shame me? Mathira further asked the folks doing body shamming to focus on themselves, following her on-set stories. 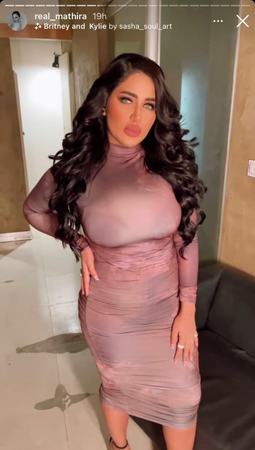 The Pakistani model seems sick of people judging her for having implants and feels shame for them. She added that she has hormonal imbalances, and if she would ever have done surgeries she would own up. According to this 29-year-old dancer, and a mother of a son- she just has put on weight and nothing else. 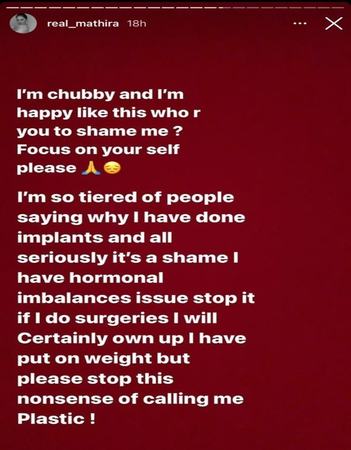 She was confident to say that if she were ever to get surgery, she wouldn’t hesitate to tell others.

Her sarcasm and witty sense of humour made her famous not only in Pakistan but all over the globe. The public has never stopped slut-shaming her and blaming her for getting dozens of surgeries.

In her post from 21st June 2020, in the caption, she has also talked about how today’s generation mocks you for your skin colour and the shape of your body. She said that after naming and blaming you for what you wear, people think that they hold the mighty power of knowing who is going to hell and who isn’t. She also said that people who comment on a girl wearing small clothes don’t ponder over how small thoughts they have got. Without considering; how emotionally damaging can be a comment for someone- people pass such mean and hateful comments. It’s just their way of getting their frustration out; on someone they don’t even know personally.