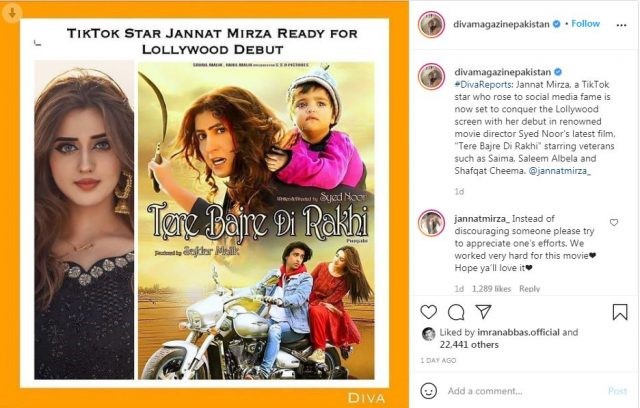 The Pakistani TikTok star Jannat Mirza is ready to make her film debut with a Punjabi movie Tere Bajre Di Rakhi. The celebrity confirmed this news on her Instagram account. This movie- directed by Syed Noor; includes other stars like Shafqat Cheema, Mustafa Qureshi, Saleem Albela, and Saima. 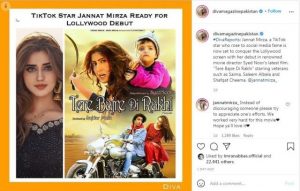 After sharing the poster of her film, the Tik Tok star with 2 Million followers on Instagram said that instead of spreading hate, people should appreciate the tremendous efforts and hard work the team has put into this movie. Jannat Mirza further said that after it is released, she hopes that fans love it. 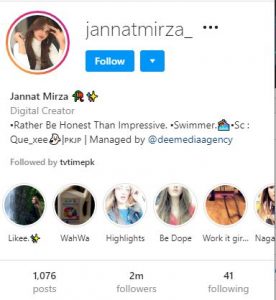 The media reports that the movie will be released in Cinemas; on Eid this year.

The fans were happy to see more talent going into the industry and wished her the best of luck. Others came up with sarcastically mean and hateful comments- full of jealousy. One of the users commented that if Noor isn’t well aware of making good movies, he should stop doing this. He further added that the poster is ruined and doesn’t look well.