Home Entertainment Aiman Khan talked about Mawra Hocane’s weight, and it has turned into... 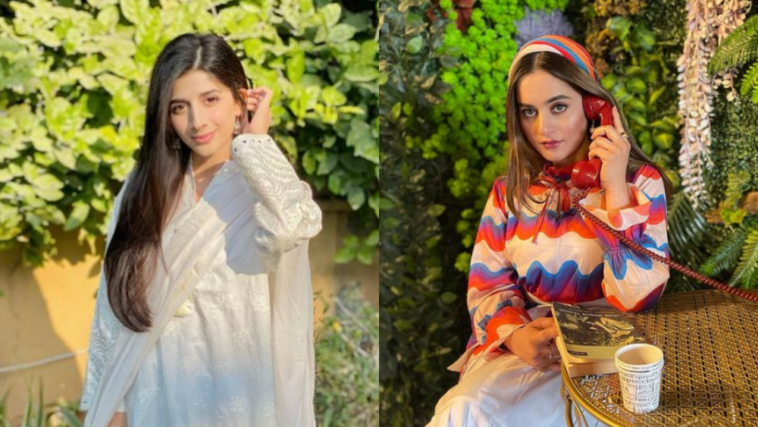 The spontaneous rapid-fire round was going very well until Aiman Khan advised her fellow star Mawra Hocane after her picture appeared on the screen. Aiman Khan- without having any idea of what social media will make her face, said that Mawra is very “skinny” and advised her to gain weight.

The moment recorded part of the show was uploaded on several social media pages- Aiman Khan was bashed by many for body-shamming her co-star. The comment section is full of negative comments where folks negatively remarked Aiman for bullying Mawra. Some users advised her to lose weight and some even targeted her daughter for being overweight. 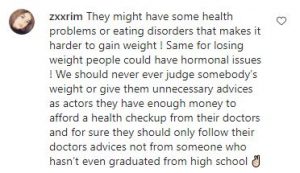 When Aiman was talking about Mawra in the show while mentioning that she should gain weight, her tongue slipped by resulting in her saying “main gate” instead of “gain weight.” This minute and an unintentional mistake by Aiman didn’t go unnoticed by her fans and haters too.

After noticing the hateful comments, Aiman Khan wrote a note on her Instagram story and cleared a few things. She goes on by saying that she thinks of herself, not as a type of person who disrespects anyone on social media or national television. Secondly, she said that social media bloggers should not exaggerate a comment to such an extent. Aiman Khan further added that her education and accent is none of anyone’s concern. She came under fire to say that if she is a public figure that does not give any right to someone to bash her or talk negatively about her. The actress and the mother of one ended by saying that she doesn’t support spreading hatred and is not a hater herself.

Mawra also posted a story to share her point of view. She initiated by saying that she does not appreciate throwing the other person under the bus in the garb of supporting her. She said that she understands that mostly we as humans end up uttering words we don’t mean. The actor of jawani phir nahi ani concluded by saying that we should give others the time and space and improve, rather than doing the same to them. 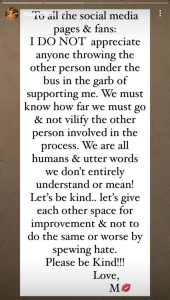