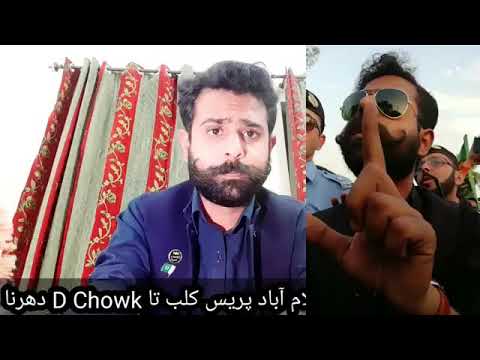 Recently, a hashtag with the title “WesupportAnsarAbbasi” is trending on Twitter in Pakistan. Ansar Abbasi is a Pakistani right-wing commentator and communist who has been critical of activists like Malala Yousafzai and the Ahmadiyya movement. He recently posted a video on Twitter in which he claims that he is totally against Aurat March and believes that through this women are promoting obscenity.

Shaheer Salvi who is the President of the (SYP)State Youth Parliament seemed to support Ansar Abbasi in this regard. He Tweeted a document signed by him in which he said that FIR should be reported against all the moderators of Aurat March in the cities of Karachi, Lahore, and Islamabad. It further said that till the case is resolved, the names of those moderators should be kept in ECL, so that they are unable to move out of the country. All the communities that promote obscenity should be banned in Pakistan which also includes the LGBT community. Most of the people seem to be in favour of Ansar Abbasi and Shaheer Salvi and believe that what they say is non-objectifiable.

PEMRA was established in Pakistan under Ordinance 2002, to regulate the private electronic media of Pakistan. The document said that 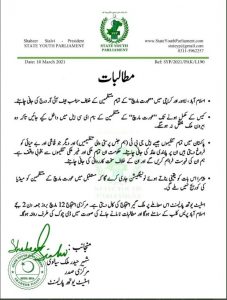 While, on the other hand, another hashtag is trending on Twitter which says that PEMRA will make this sure while sending notifications to the moderators that they will fail to gain media coverage over the Aurat March in the future. It further said that the Youth Parliament of Pakistan calls for protest across the country against the “Aurat March.” The main protest was as expectedly held today on 12th March and the documents said that it will be held exactly in front of the press club in Islamabad