Home Pakistan PML-M’s Muhammad Zubair Distances Himself From The Matter After His Daughter &... 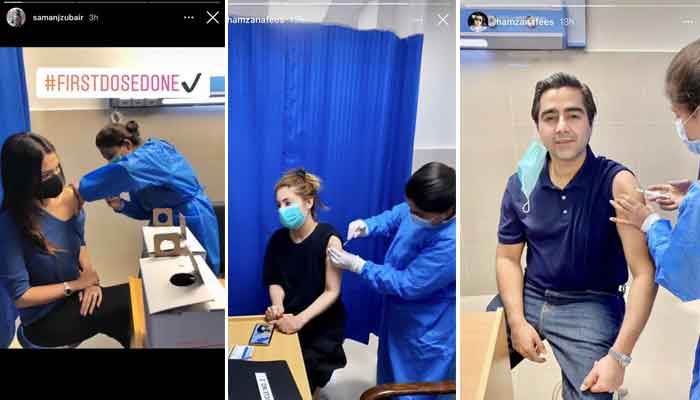 As expected, ‘VIPs’ seem to be getting COVID-19 vaccine shots in Sindh whereas frontline health workers were expected to get them first as per the decision of federal authorities. There was supposed to be a strict vigilance and monitoring mechanism for this very purpose, but all seems in vain.

Recently photos of daughter and son in law of PML-N leader Muhammad Zubair went viral where the couple was getting their vaccine shots triggering a political blame game between the Centre and the provincial government.

While responding to the controversy, senior PML-N leader Muhammad Zubair said he had not requested anyone to administer the vaccine to his family and that they (his daughter and son-in-law) got themselves vaccinated through their friends’ connection.

“I have nothing to do with this nor did I ask anyone for the favour,” Zubair said.

On the other hand, Asad Umar, brother of Muhammad Zubair, being a part of NCOC took notice of the matter.

“We have received complaints that the coronavirus vaccine is being given to close contacts in Karachi besides healthcare workers,” said Umar.

After the scandal broke out, Sindh government removed the involved medical officer but will the VIP culture in Pakistan change with the removal of just one medical worker?

What do you think?