Home Pakistan Why Muhammad Ali Sadpara Is Loved By Pakistanis? 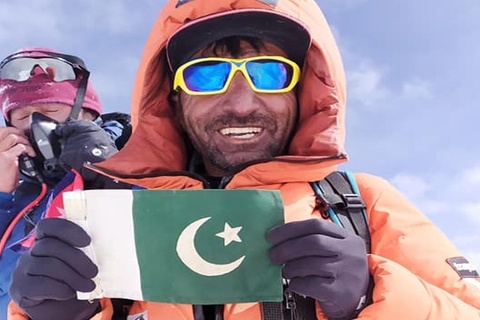 Its the second day of Pakistan Army’s rescue operation to find Pakistani mountaineer Muhammad Ali Sadpara, who was attempting a winter summit of K2. Chances of recovering Sadpara are bleak keeping n view the harsh weather conditions on K2. Still, the whole nation is praying for Muhammad Ali Sadpara to return safely.

Lets have a look at the life of Muhammad Ali Sadpara and find out why he is loved by the nation.

Muhammad Ali Sadpara, has the distinction of proudly hoisting the Pakistan flag on eight high-altitude peaks.

He was born in Sadpara, a village in the outskirts of Skardu city on February 2, 1976. The mountaineer began his career as a porter and worked his way up to climbing high peaks with expeditions.

Muhammad Ali Sadpara was part of the team which successfully achieved the first ever winter summit on Nanga Parbat in 2016. Both his teammates, Alex Txicon and Simone Moro, have gone on record stating that they could not have done it without Sadpara’s brilliance.

In 2015, the same team had attempted to scale the Nanga Parbat in winter but to no avail. He has now climbed Nanga Parbat on four occasions.

In January 2018, he teamed up with Alex Txikon, a Spanish mountaineer, and tried unsuccessfully, to summit Mount Everest in winter without any supplemental oxygen.

In June 2018 he has been enlisted by Marc Batard to undertake a five-year program known as “Beyond Mount Everest”. They plan to summit Nanga Parbat, K2 and Mount Everest in 2019, 2021 and 2022 respectively.

Lets hope and pray we get our hero back. Pakistan will always be proud of Sadpara.