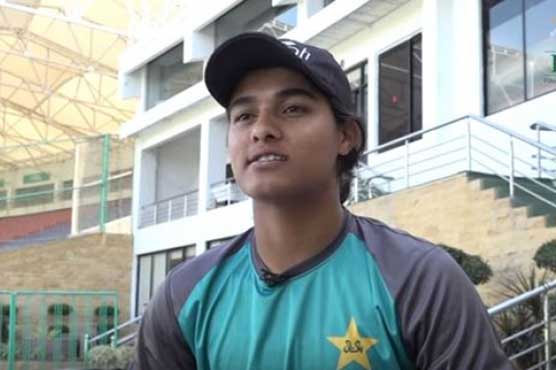 Pakistan’s Ayesha Naseem has advanced a whopping 707 slots to reach 105th position after scoring 66 runs in the series and Kainat Imtiaz has moved up 161 places to 130th with 79 runs in the latest ICC T20I international women ranking.

Both Ayesha and Anam have attained career best positions in the process, said the information made available by the ICC on Thursday.

Among bowlers, left-arm spinner Anam Amin has gained seven slots to re-enter the top 10 after finishing as the most successful from her team with four wickets in the series. Aiman Anwer’s three wickets have helped her move up from 62nd to 54th position.

Ismail, a formerly top-ranked bowler who is one of the nominees for the inaugural ICC Player of the Month awards for her performances during Pakistan’s tour of South Africa including a preceding three-match ODI series, finished with seven wickets in the T20Is, the highlight being a match-winning haul of five for 12 in the second match.

Marizanne Kapp, another nominee for the ICC Player of the Month awards that will be announced on Monday, has also moved up among bowlers, gaining 14 slots to reach 32nd position after grabbing four wickets in the series.

Laura Wolvaardt (up one place to 28th) and Tazmin Brits (up 52 places to 37th) have achieved career-bests in batting for South Africa while captain Sune Luus has moved up two places to 43rd position in Thursday’s rankings update.